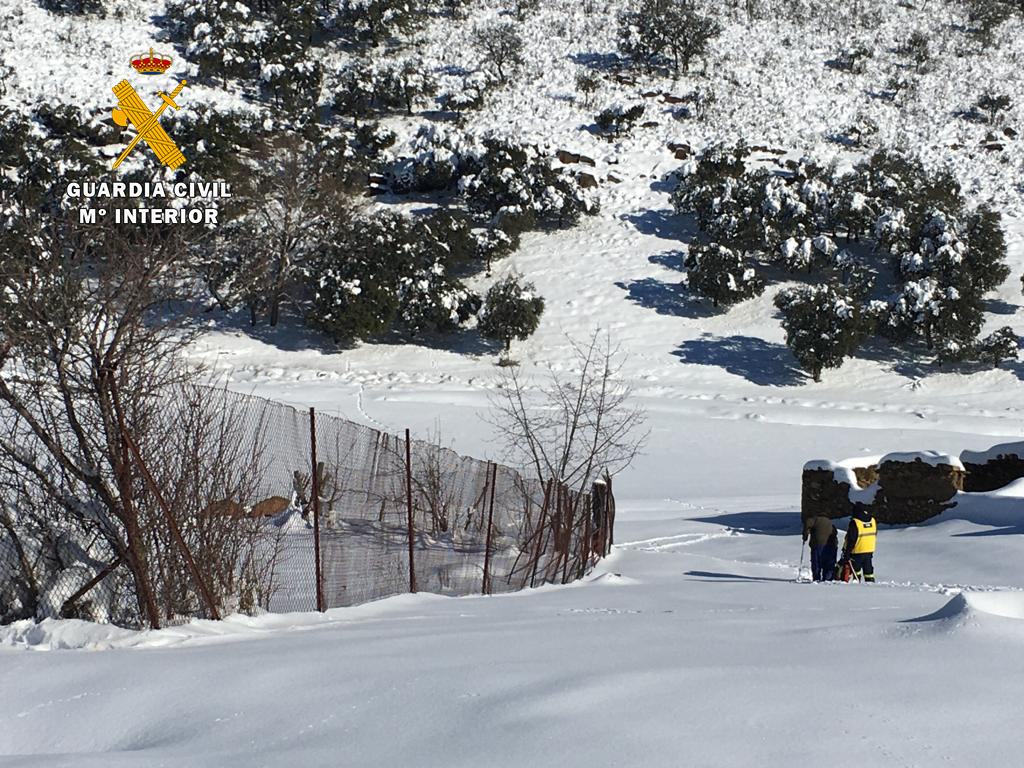 The snow made it impossible to access some areas

They included a 64-year-old man with mobility problems who required urgent medical care and was cut off in the snow; a woman, 39, in Badajoz, who injured her ankle after slipping on ice and falling while hiking, and a couple who got lost while hiking in the mountains with their dog.

The Guardia Civil helicopter and Mountain Rescue teams were brought in to aid in the rescue operations.

In the first operation, the man was trapped on a farm six kilometres from the town of Los Navalucillos. He was diabetic and needed insulin, he was also on crutches and did not have warm clothes. The town hall contacted the Guardia Civil and attempted to access the area, but it was impossible, so a helicopter had to be brought in. The man was found in good condition and airlifted to hospital. 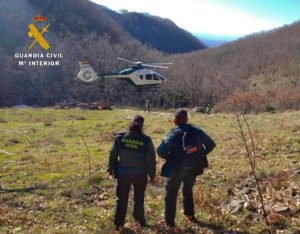 In the second rescue operation, a woman fell in La Chorrera area of Hervas, in Caceres, and injured her ankle. The Guardia Civil had to walk part of the way to get to her as the area was inaccessible by car. One of the officers carried her on his back after immobilising her leg and she was airlifted to hospital. 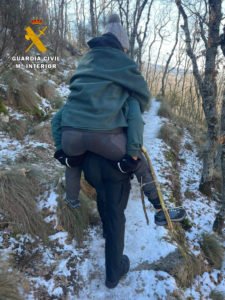 Finally, they were alerted of a couple getting lost between Salamance and Avila while hiking, as night was falling and it was foggy. The couple and their dog were rescued by helicopter and taken back to the car park where they had left their vehicle. 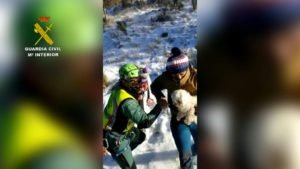 The Guardia Civil have reminded people that they can be contacted 24 hours a day on 062, and that there is also a free mobile phone App ALERTCOPS, to contact the authorities when in danger.