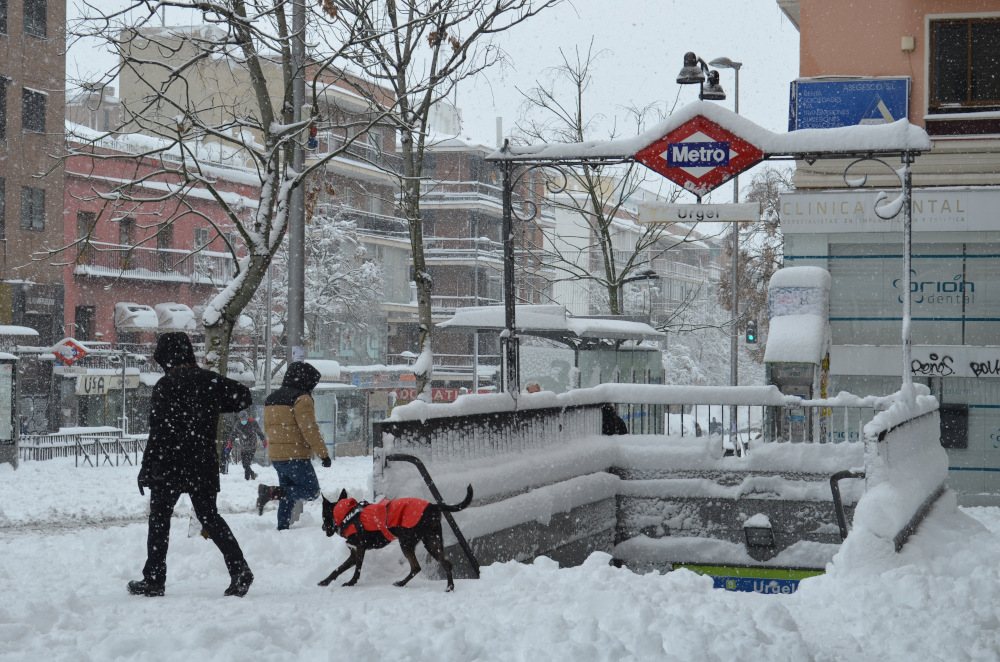 ON Monday (January 11), the Madrid Metro sees a 20% increase in its usual number of passengers due to the impact of Storm Filomena, a figure that will likely be repeated today.

Since the rain and snowstorm, the Metro de Madrid has become the only public transport system to remain in operation. This has caused large crowds on the underground, despite it being a delicate time, with contagions from the coronavirus pandemic rebounding in the region.

Greater congestion on metro carriages in the capital can also be attributed to the impossibility of using “some 70 or 80 trains” because the depots were being cleared of snow, as well as the lack of workers who have not been able to reach their jobs, as explained by Ángel Garrido, Regional Minister of the Community of Madrid today.

The Community Minister for Transport, Mobility and Infrastructure, said that “local train networks and around 28 EMT lines are expected to be recovered on Tuesday, January 12.

“The Metro has been running for 100 hours without interruption thanks to our 7,000 exceptional workers. This morning we had 70 convoys stopped because there was an accumulation of snow in places that were not covered. And a breakdown on the C-5 suburban train has made the Metro lines suffer. But today, the Metro is the most reliable means.”

Ángel Garrido said that “yesterday we had a 20% increase in the number of users and today we will have similar figures. Around 11,000 people, with peaks between 5 and 6 in the morning. But that does not mean that under normal conditions we have to open the metro 24 hours a day. Our proposal is to do so only at weekends.

“An extraordinary effort, like the one made on these days, can only last a short time. Surely we will be able to reduce the timetables during the week,” he concluded.