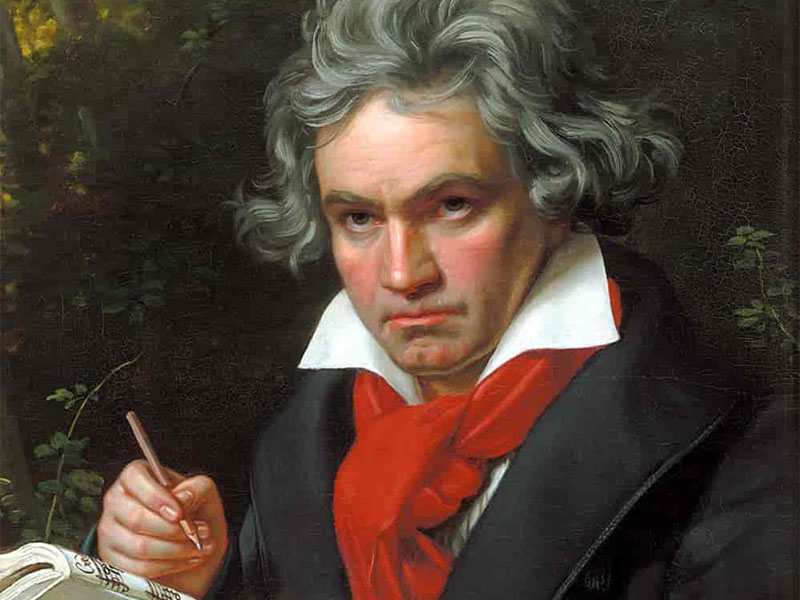 Who of the most significant humans in the history of art and science appreciated each other’s great achievements? Within the same field there are plenty of examples.

The rivalry between Leonardo and Michelangelo, the influence of Copernicus on Galileo and the awe in which Schubert and Brahms held Beethoven are well documented. The fields crossed in some cases. Works of Verdi and Mendelssohn were obviously inspired by Shakespeare as was Debussy by the symbolist poetry of Baudelaire. Beethoven (“Egmont” Overture) and Gounod (“Faust”) is indebted to Goethe; Schubert to Schiller.

Plays of Beaumarchais were adopted for operas by Mozart (“The Marriage of Figaro”) and Rossini (“The Barber of Seville”). Virgil provided ideas for Dante’s masterpiece “The Divine Comedy”, which was in turn the subject of several paintings of the high renaissance. Darwin took credit for many of Alfred Russel Wallace’s theories of evolution.

I can think of four names that stand out from the rest. Alphabetically they are Beethoven, Einstein, Leonardo and Shakespeare.

We forget that Einstein was more than the most brilliant mathematician and physician. He was also a spiritualist, philosopher and humorist. He declared: “Only two things are infinite; the universe and human stupidity. And I’m not sure about the former”. He had deep insights into human nature and, with his understanding of the reality of time and space, he expounded on Henri Bergson’s theories of time.

The other three are artists. Beethoven and Shakespeare are frequently compared with each other as each took his art form to its summit. This is not merely because of their understanding of the human spirit and human thought but also with their ability to express it. They each presented it in sublime language, while providing enduring entertainment.

Beethoven transmits human emotions such as love, despair and joy through the Violin Romances, Fuer Elise and the Ninth. One of the “minor” symphonies, the Sixth (Pastoral), depicts the countryside so that a blind person can see and enjoy it. The listener can picture the landscape on arrival, imagine the fresh babbling brook and share the gratitude of the shepherds after surviving the storm. Each listener will have a different perception, different images.

Shakespeare created living characters in numerous different periods and settings, showing the effect on them of tragedy, comedy, romance and history. All of us can identify with the insanity and suffering of King Lear and the torment of Othello, for example.

Leonardo died 500 years ago. He excelled in most of what he attempted. There are arguably greater renaissance and classical painters but he is right up there. And he was much more. He was inventor, engineer, scientist, mathematician, anatomist, musician and poet.

In a pre-industrial and pre-technological age his inventions foresaw the motor car, air travel, the machine gun, the armoured tank, the suspension bridge and the robot. As he knew that, one day, we should be enjoying air travel he invented the parachute! His genius is surely the greatest in human history.