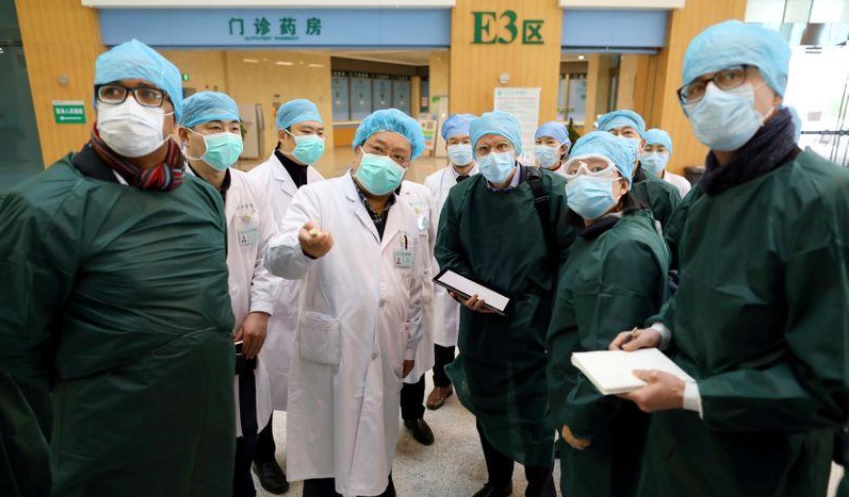 After months of negotiations and delays, an international team of scientists led by the World Health Organization has finally arrived on in China’s central city of Wuhan to investigate the origins of the novel coronavirus that sparked the global pandemic.

The group arrived late in the morning on a budget airline from Singapore and was expected to head straight into two weeks of quarantine. They had been set to arrive earlier this month,  with China’s added delay of their visit drawing rare public criticism from the agency’s chief Tedros Adhanom.

The team left the airport terminal through a plastic quarantine tunnel marked “epidemic prevention passage” for international arrivals and boarded a cordoned-off bus that was guarded by half a dozen security staff in full protective gear.

Team members refused to speak to reporters, although some did wave and took pictures of the media from the bus as it was driven away. The United States, which has accused China of hiding the extent of its initial outbreak a year ago, has called for a “transparent” WHO-led investigation and criticised the terms of the visit, under which Chinese experts have done the first phase of research.

The team arrived as China battles a resurgence of cases in its northeast after managing for months to nearly stamp out domestic infections. Peter Ben Embarek, the WHO’s top expert on animal diseases that cross to other species, who went to China on a preliminary mission last July, is leading the 10 independent experts, a WHO spokesman said.

Hung Nguyen, a Vietnamese biologist who is part of the team, said that he did not expect any restrictions on the group’s work in China, although he did caution the team might not find clear answers. After completing quarantine, the team will then spend two weeks interviewing people from research institutes, hospitals and the seafood market in Wuhan where the new pathogen is believed to have emerged, Hung added.

The moment has finally arrived, an impartial team of scientists has arrived at what the world believes to be epicentre and origin of the worst global pandemic ever to strike mankind. It took months of meetings to just get to this stage but already there are reservations, here are the main topics: