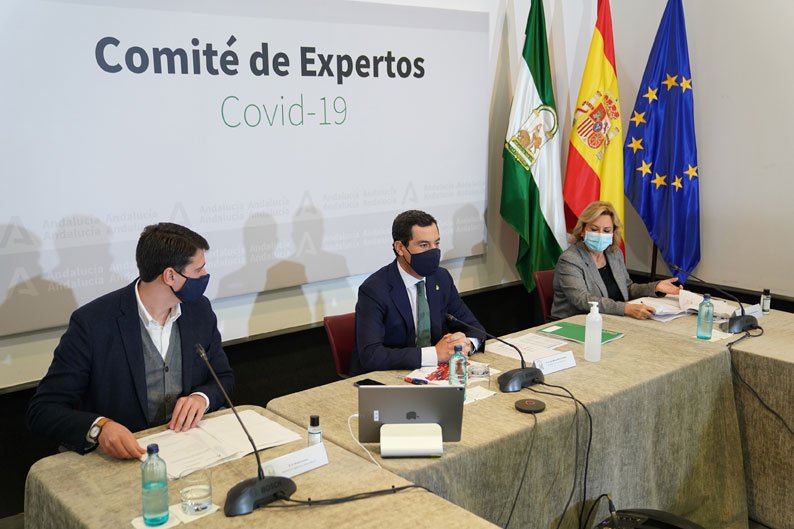 The new restrictions approved by the Board apply from this Sunday, (January 17) will be reviewed by each municipality on a daily basis.
Juanma Moreno, the Andalucían Community President, said that Malaga and five other municipalities on the Costa del Sol are on the edge of the perimeter closure as their incidence rates are approaching the 500 level. The perimeter closure would mean that residents from Mijas would not be allowed to go to Fuengirola for example should the incidence rate in Mijas pass the 500 level or vice-versa.
Marbella, Rincón de la Victoria, Mijas, Fuengirola and Estepona, in addition to Malaga, have now exceeded 400 infections per hundred thousand inhabitants which is the new limit set by the autonomous government. The rates for these municipalities are as follows:
Marbella: 485 cases. Rincón de la Victoria: 483 cases. Mijas: 465 cases. Málaga: 453 cases. Fuengirola: 422 cases. Estepona: 412 cases.
Travel between the eight provinces of Andalucía will not be permitted from Sunday, (January 17), without a justified reason. There are eight provinces in Andalucia: (from east to west) Huelva, Sevilla, Cádiz, Córdoba, Granada, Málaga, Jaén, and Almería. Each province has a capital city of the same name
Bars, restaurants and non-essential shops will not be allowed to open at all in municipalities with a Covid-19 incidence rate of more than 1,000 per 100,000 people- as per the second chart.

Here is a list of the 35 municipalities that will have their borders on closed on Sunday due to the high rate of incidence.
Across Andalucía, 219 towns and villages fall into this criteria. In Malaga province, the towns set to be affected are: Alameda, Alcaucín, Alfarnate, Alfarnatejo, Algarrobo, Algatocín, Alhaurín de la Torre, Alhaurín el Grande, Almargen, Álora, Ardales, Arenas, Benamocarra, Benarrabá, Canillas de Albaida, Cartajima, Cañete la Real, Comares, Coín, El Borge, Faraján, Gaucín, Genalguacil, Igualeja, Manilva, Moclinejo, Mollina, Monda, Ronda, Salares, Sayalonga, Teba, Villanueva del Rosario, Villanueva del Trabuco and Vélez-Málaga.
Of these Alameda, Alfarnatejo, Algatocín, Alhaurín el Grande, Almargen, Ardales, Benamocarra,Cartajima, Coín, El Borge, Igualeja, Monda, Salares and Teba all have incidence rates above 1,000 per 100,000. Here, all non-essential activity will now be prohibited, with bars, restaurants and shops set to close.
Travel into and out of these towns will only be allowed for justified reasons which include caring for a dependant person, health appointments and professional, business or legal obligations.