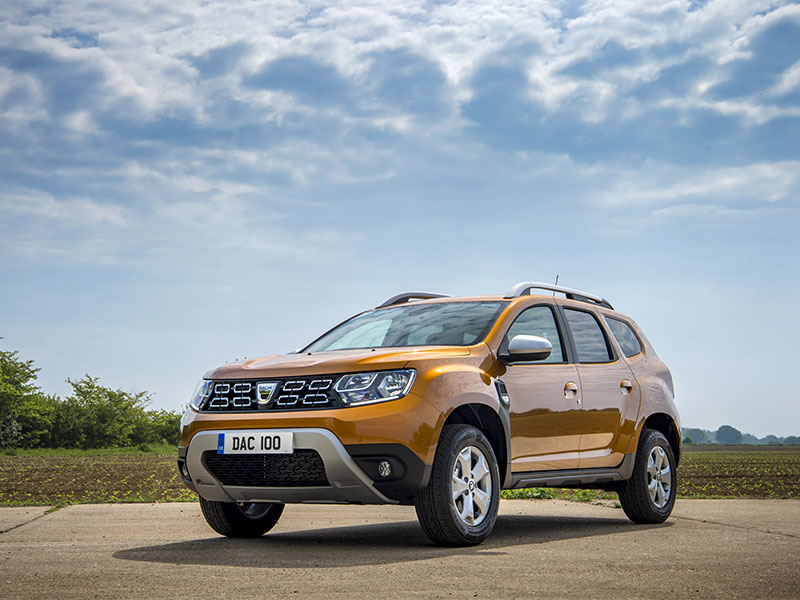 Having driven so many cars over the years I have even been around when some car companies were formed, admittedly I was young at the time.

Dacia began life in the mid-60s producing Renault models such as the 8 and 12. The company was eventually sold to Renault and has given the French company the perfect base for their bargain car range.

However don’t think that because it’s the entry level brand it’s somehow less worthy. Dacia has amassed a huge following in this country, and many others, for their practicality, affordability and style. Yes style!

The SUV craze has been ongoing for some years and one of the most popular models in the Dacia range is the Duster SUV. A clever advertising campaign and high satisfaction ratings mean that second hand Duster models hold their price.

If you head for the entry level model it is, well, basic. White is the only colour, you get ‘undressed’ steel wheels, black trim e.g. door handles etc, one engine and two-wheel-drive.

Priced at €17,042 (£15,255) including optional €625 (£560) Iron Blue metallic paintwork the Bi-Fuel element is an interesting option. The conversion can claim some environmental credit and is a more financially attractive conversion for Dacia than electric Hybrid and or full electric. Although for Europe there will be the new Dacia Spring Electric.

Changing from petrol to LPG is easy with a simple dash switch and the actual switch-over is seamless. Apart from an increased range, Dacia claims 620 miles, LPG is also cheaper at the pump. A simple screw-in adaptor apart, the fuelling process is as easy as petrol.

On the road the Duster drives smoothly and rides even the worst roads in comfort. A decent amount of standard kit and a finish that looks much more than its price would suggest shows why it’s been such a success. I was mightily impressed.