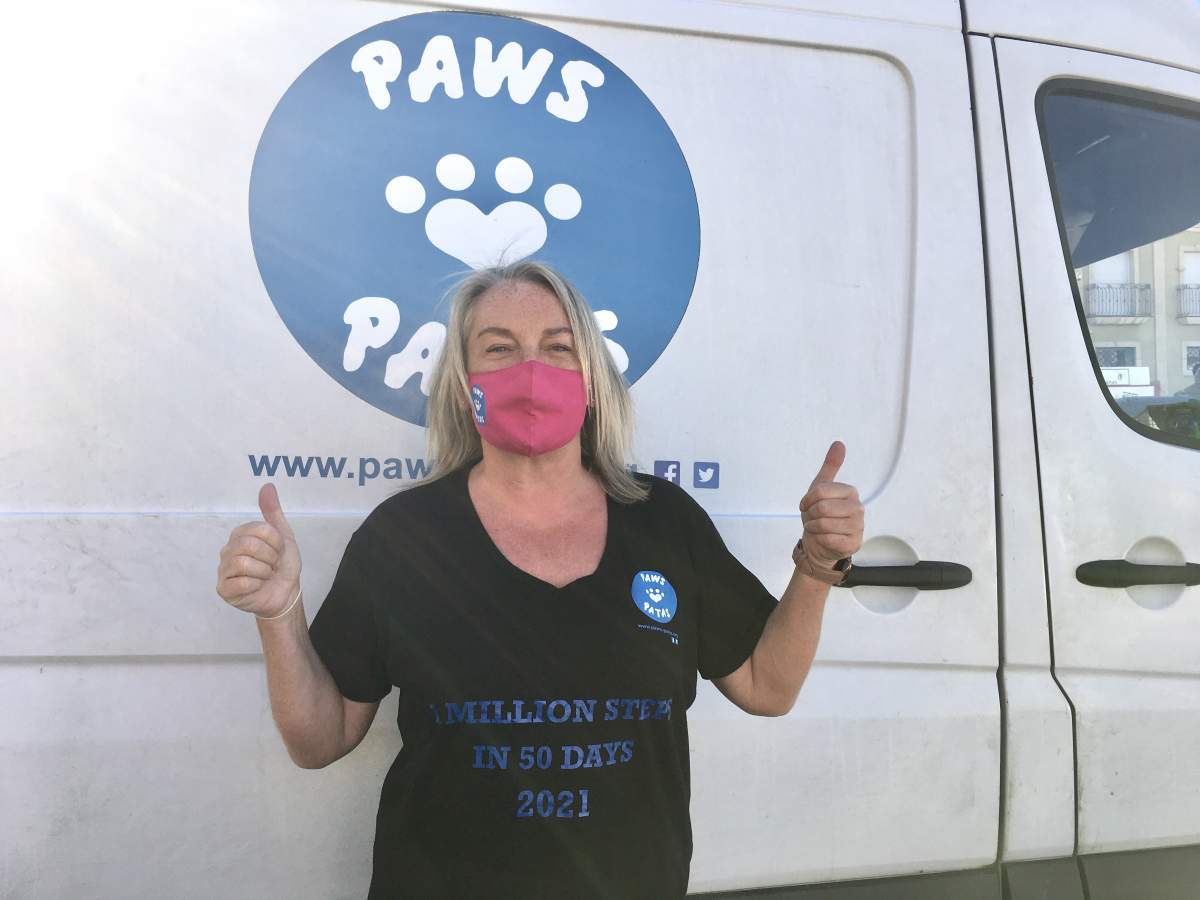 CHRISTINE LOGAN and her husband Bill moved to Spain three years ago.
The couple, who lived in Charlton in south-east London, fell in love with Mojacar after several holiday visits and knew it was the place where they wanted to settle.
Apart from her husband Bill and Amber, her beloved 25-year-old daughter who still lives in the UK and whom she misses dreadfully, Christine’s other major obsession is dogs. All dogs, regardless of breed, size, colour and shapes.
Christine grew up with dogs and has rescued many over the years, bringing her two rescues, Bella and Brandy, when she moved to Spain.
Whilst settling into her new home, Christine received another wonderful bonus when she discovered the PAWS-PATAS Animal Shelter near Mojacar.
As soon as she could, and without a second thought, Christine offered her services as a volunteer to help walk and tend to the abandoned puppies and dogs.
She swiftly became a Team Leader, also helping at fundraising events and donating regularly.
Knowing how much money is needed to keep the shelter in existence and aware that the arrival of Covid-19 in 2020 affected PAWS-PATAS’ abilities to arrange fundraising events, Christine wondered how she could contribute more.
Her love of walking bought to mind the idea of walking a million steps in 50 days, an average of 20,000 per day.
“Last year I was dressed as a mermaid, swimming in the sea to raise money but sadly this year that will not be possible. Instead, help me to raise much needed funds with my million steps for this incredible charity.”
“It’s really important to keep making people aware of the overheads involved and to remind them that when someone decides to adopt an adult dog or a puppy, PAWS-PATAS asks for a small donation of €180 which not only helps with the cost of possible medical treatment and food but also includes vaccinations, neutering, microchip and passport. That’s quite an amazing deal, don’t you think?” she enthused.
Christine’s marathon started on January 1 and will end on February 19 and readers can visit and donate on her Facebook page while following her journey.
She plans to pop up in several destinations and will approach local businesses in the hope that they can donate a little and she can promote them. Her initial aim was to raise €500.
“I live in a beautiful place and have a dream job volunteering for PAWS-PATAS.  My other little joy is a chilled glass of cava at the end of the day,” she told us.
Christine had raised €512 at the time of writing and having walked 332,440 steps, was a third of the way through her 1,000 million steps, sometimes wearing flipflops owing to a major blister on one foot.  She even completed her target of daily steps in the recent wet weather.
Little did Christine know that she would undertake such a venture when she moved to Spain and that by late February she could be needing a hot bowl of water to soak her feet!
For further information regarding volunteering, adopting, fostering or donating please visit the PAWS-PATAS  https://paws-patas.org/ website.