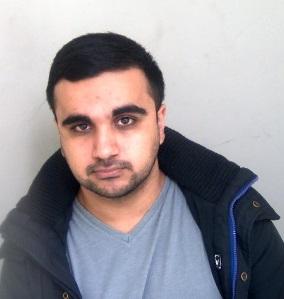 A man who hacked into the Snapchat accounts of hundreds of young girls and women and blackmailed them has been jailed for 11 years.

Akash Sondhi, 27, of Hedingham Road, Chafford Hundred in Essex, targeted 574 female victims from across the globe including the UK, Australia, Hong Kong and Romania, blackmailing them into sending him intimate pictures between 2015 and 2020.

He hacked into the Snapchat accounts of girls and young women, aged between 16 and 25, and forced them into sending him intimate images, by threatening to expose existing pictures to their friends and family in their phone contacts.

Some of his victims have still not been traced.

Essex Police led the investigation and worked closely with several other police forces, including Nottinghamshire Police.

Sondhi’s home was raided by officers in March 2020 when several victims made reports to the police.

A number of his victims have since been identified and have been supported by the cyber team.

Sondhi admitted a total of 65 offences – including hacking, blackmail, and voyeurism – at Basildon Crown Court in Essex.

He was sentenced to 11 years in prison, a five-year Serious Crime Prevention Order, and placed on the Sex Offenders’ Register for 10 years.

Detective Inspector Ed Cook, from the Nottinghamshire Police Crime Economic Crime and Cyber Unit, said: “This is an excellent result for the 573 victims in this case and both the Essex and Nottinghamshire cyber teams.

“The sentence Akash Sondhi has received reflects how much distress he caused to his victims.

“He targeted with no remorse purporting to be a friend on social media after hacking accounts, then once he got access to their intimate pictures he would attempt to blackmail them.

“He would continue to demand more images and videos of his own choice putting the victims through an ordeal causing extreme distress and embarrassment.

“I urge anyone using social media not to store intimate images of themselves to secure and protect your data and make sure you don’t become a victim.

“Don’t share passwords. Even if you think it’s a trusted friend that asks you for them it might not be.”

Anyone who has been impacted by a similar issue, is urged to contact the National Fraud and Cyber Crime Reporting Centre at Action Fraud to report on 0300 123 2040 or use Action Fraud’s online reporting tool.

Thank you for taking the time to read this news article “Man who blackmailed hundreds of girls on Snapchat is jailed for 11 years”. For more UK daily news, Spanish daily news and Global news stories, visit the Euro Weekly News home page.