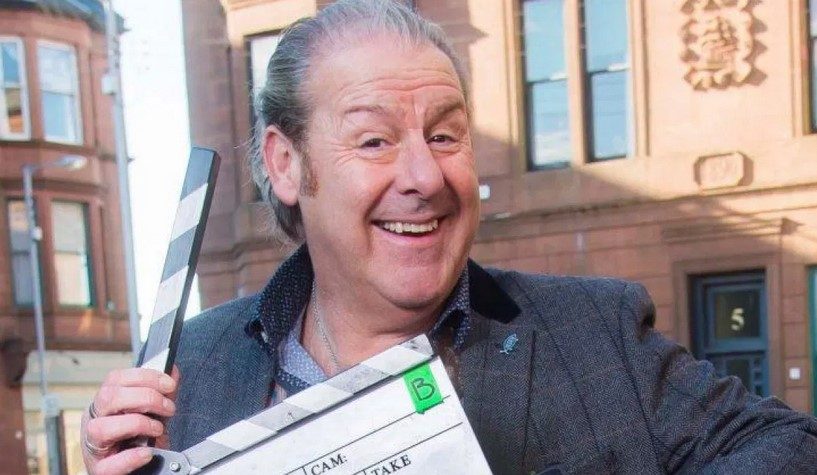 Andy Gray, born in Perth, Scotland, was hailed as an “exceptional actor and entertainer” by the Scottish entertainment industry, as he passed away aged 61 after battling blood cancer since 2018.

Gray was a legend of Scottish TV and stage with more than 40 years in the industry, and was classed as a “National treasure” in his native Scotland, starred in ‘City Lights’ as the character ‘Chancer’ in the 1980s, as well as ‘River City’ and ‘Naked Video’, and was a regular at the Edinburgh Festival.

He of course played the inimitable sidekick in the annual King’s pantomime, alongside his great friend Allan Stewart, who said today (Monday) of Gray, “Today a light went out in my life. My pal and panto partnery Andy Gray has left the building”.

He continued, “We have been working together for over twenty years and I will remember him for all the laughs we’ve had, on and off the stage. He was loved by so many people and I will miss him with all my heart. As he always said ‘Cheerybumps’ Andy”.

Another Scottish legend, Grant Stott commented, “Today I, like so many others, am coming to terms with the loss of my dear friend, partner, Panto brother, Andy Gray. He was a huge part of every aspect of my life; personal, professional and family, he leaves a massive void that can never be filled. I count myself lucky that I was able to work and learn from him for more than 20 years and his support, generosity and encouragement to me has been an ever-present in all of that time”.

Stott added, “I will miss him terrible and, as heartbroken as I am, I know for a fact Andy would want us all to ‘remember the laughs’ of which there were many, both on and off stage – and usually at my expense. Rest in peace my big china”.