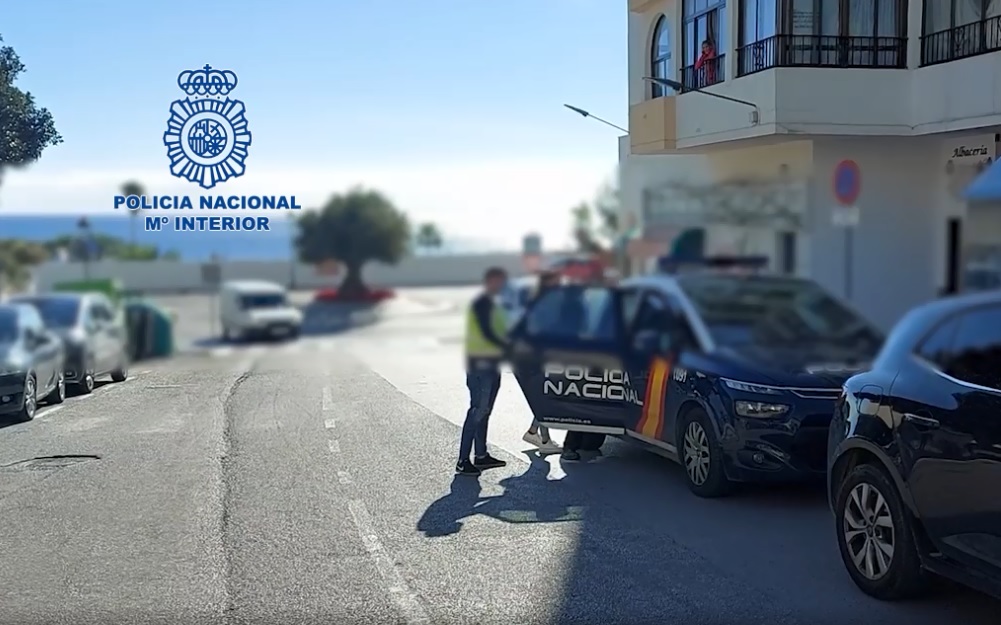 One of the suspects worked on the same urbanization

NATIONAL POLICE arrested three employees of a private security company accused of breaking into luxury villas on an urbanisation after handcuffing and beating a colleague in Estepona, Malaga.

The suspects, wearing hoods and carrying guns, broke into the housing used by the security guard on the complex, and after beating the man and using his own handcuffs on him, they locked him in the swimming pool pump room. As one of them worked on the same urbanization, he knew the security codes to the safe where the keys to the houses were kept.
They then entered two villas, tying up a Belgian couple who lived in one of them while they stole valuable goods.
The detainees are three men aged between 37 and 48.
In late August last year, the National Police were contacted by some fishermen who had found the security guard, who had managed to escape, with his hands still handcuffed behind his back and his face covered in blood, near the luxury urbanization. He told the police what had happened and was taken to hospital with serious injuries.
Meanwhile, the National Police from Estepona found the two houses which had been broken into and freed the Belgian couple who told them that three men had broken in while they were sleeping. After tying them up, they stole their jewellery and credit cards, having threatened them in order to obtain the PIN numbers. At the other property, they stole jewellery worth €70,000.
Some of the stolen cards were used in San Pedro Alcantara, in Marbella.
It was the fact that they had been able to access the safe with the keys without getting the code from the guard that tipped the police off to the fact that at least one of them must work on the urbanization. He was identified in December, along with his two partners in crime, who were also security guards.
Properties were searched in Ojen, Coin and San Pedro Alcantara, where firearms, both real and fake, were seized, as well as the clothes and radios used in the attacks.
The three men have been remanded in prison without bail charged with illegally holding a person against their will, illegal weapons possession, causing grievous bodily harm, violent robbery, breaking and entering and belonging to a criminal organization.