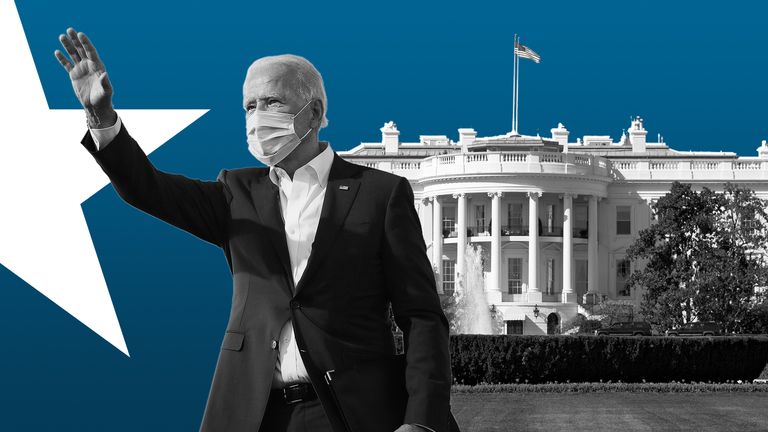 Joe Biden is due to be sworn in as US president today, Jan 20. When he does, he will be taking control of a nation split by political division, economic anguish and an unrelenting pandemic. Alongside him on the podium will be Kamala Harris, who will make history when she is sworn in as the nation’s first-ever female vice-president.

The scene is already set for the main event. Checkpoints, barriers, secret service agents, helicopters flying over- this is definitely not the norm for a ceremony that celebrates what America stands for – Freedom and Democracy. Some 25,000 troops will guard the inauguration ceremony in Washington DC, which has been fortified after a deadly riot at the Capitol earlier this month.

However, in the last hours of security arrangements, at least 20 of the national guard have been ‘routed out’ and sent home by the FBI. Although no reason has been given, it is rumoured by insiders that some guards had links or were present at the recent riots.

What does Joe Biden have to do to ‘fix’ America?

Hours after being sworn in as America’s 46th US president, ‘President’ Joe Biden will sign a series of executive orders to reverse a number of decisions made by Donald Trump’s administration. The new orders will include action on the COVID-19 pandemic, climate change and racial inequality. It is also understood that he is actively looking at rescinding some 72 pardons actioned by Trump in the last few hours of his presidency- although as yet there has been no mention of Joe Exotics release.

Biden has also notioned he will overturn Trump’s recent lifting of the travel ban, goods news for aviation for not for covid-ravaged America. The new president will also have the threats from Iran and the Red Dragon, China, to contend with. So far, North Korea has had a military parade and repeated the same rhetoric as before that they will ‘fight to the last man against the American aggressors’!

China, as usual, will sit back and wait until they find the correct time to offer their congratulations- but aways keeping their distance of course. The next serious conflict will occur in the China seas, and many American Generals think this easily elevate into World War 3- let’s hope not.

Russia, well, Putin, to all reports, has lapped up the disarray that has been happening in the US. Cyberattacks, Trump’s ‘antics’, the Syrian conflict, the pandemic, they all stretched Trump’s lack of leadership to the full, according to Trump’s opposition.

Relations with the UK and Europe look to be good, and it seems that the UK’s special relationship with the US will continue. Boris Johnson has plenty of time to meet the new President as the G& summit, to be held in Cornwall, is not until June this year.

If Joe Biden, along with his newly appointed administration, can fix America’s reputation as the democratic powerhouse of the world, as a righteous nation, as a nation that prefers peace over war- then he will have achieved what no other president has so far achieved, and that is: ‘A New Dawn For America’