Brutal Killer Battered Girlfriend to Death at Her Home 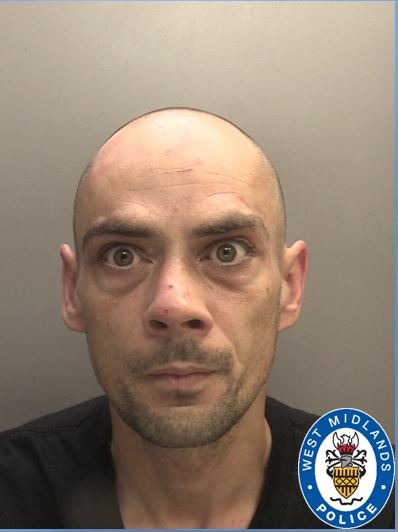 BRUTAL killer battered his girlfriend to death at her own home before claiming that she had fallen.

Julie Webb died of catastrophic head injuries after being found unconscious by paramedics at her home in Albert Road, Handsworth. The incident occurred on 23 January 2019 and her boyfriend Darren Constantine, known as Manny was soon arrested.

The injuries that Julie sustained were so catastrophic that after being rushed to hospital she sadly died the following day.

Boyfriend Constantine, aged 38, claimed that girlfriend Julie had been taking drugs and had fallen. He also claimed that he knew nothing of how she suffered her injuries, even though his face was covered in scratches.

The fatal blow that caused Julie’s death could not be determined but the pathologist was certain that Julie had multiple severe head injuries. Crime scene investigations had placed Constantine in close contact with Julie when she was injured, as determined by the distribution of blood at the house. This was one step closer to bringing the brutal killer to justice.

At the trial Constantine admitted to the fact that he had dragged Julie down the stairs.

Homicide team’s Detective Inspector Jim Mahon said, “This was a really complex case where initially it looked as though Julie’s injuries were consistent with that of a fall. However a post mortem examination proved Julie died as a result of a number of injuries causing severe head trauma.

“The investigation included extensive trawling of CCTV and enquiries which showed that Constantine had lied and subjected Julie to repeated violence.

“A number of witnesses who resided at the address were fearful of providing evidence against Constantine and showed bravery in attending court and telling the truth.

“I hope this outcome shows that domestic violence of any sort will not be tolerated and we will do all we can to bring abusers to justice. “

It has taken over a year to bring her killer to justice but Constantine was found guilty of Julie’s murder at Birmingham Crown Court on Tuesday January 19. Sentencing will be carried out on Friday January 22.