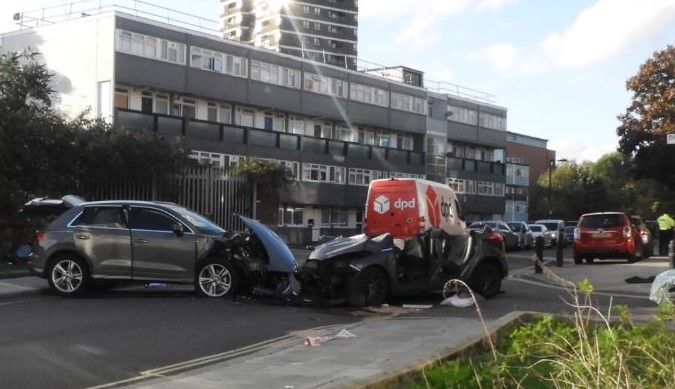 He was also banned from driving for seven years following the incident last October.

Investigating officer Detective Constable Ben Simpson said: ‘’It is a miracle that there were no fatalities as a result of this incident.

“Police officers all over the country work tirelessly day and night in order to protect the public. Whilst providing this crucial service last October, Martin subjected four such officers to a head-on collision.”

Shortly before 1.30pm, on October 20, 2020, four officers were in an unmarked police car patrolling the Southwark area.

A car, driven by Martin, was travelling at speed when it was in collision with the police car. His passenger fled the scene. 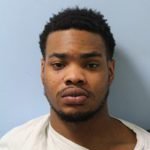 Martin was clocked driving at 60 mph in a 20 mph residential street, on the wrong side of the road and under the influence of drugs before fleeing the scene with his passenger leaving injured officers trapped inside their vehicle.

The Met Police said he “made no attempt to call for help”.

All four officers, as well as Martin – who was arrested nearby – were taken to hospital for treatment.

Two of the officers – the driver and front seat passenger – remain off duty as they continue to recover from their injuries.

Detective Superintendent Nicky Arrowsmith, from the Central South Command, said: “This was a horrific head-on collision which left four of our officers needing hospital treatment.

“One officer was seriously injured and three months on, two of the officers will be continuing in their recovery for some time to come. It was sheer luck that they were not permanently, or even fatally injured.

“Martin’s behaviour, and driving, that afternoon was deplorable, and he is now facing the consequences of his actions.

“Equally shocking is how Martin’s passenger ran from the scene leaving people injured. Our enquiries to identify and trace him remain ongoing.”

Anyone with information regarding the passenger is asked to call police via 101 quoting reference CAD 3656/20OCT20.