Murcia Health Councillor forced to resign for getting Covid-19 vaccine 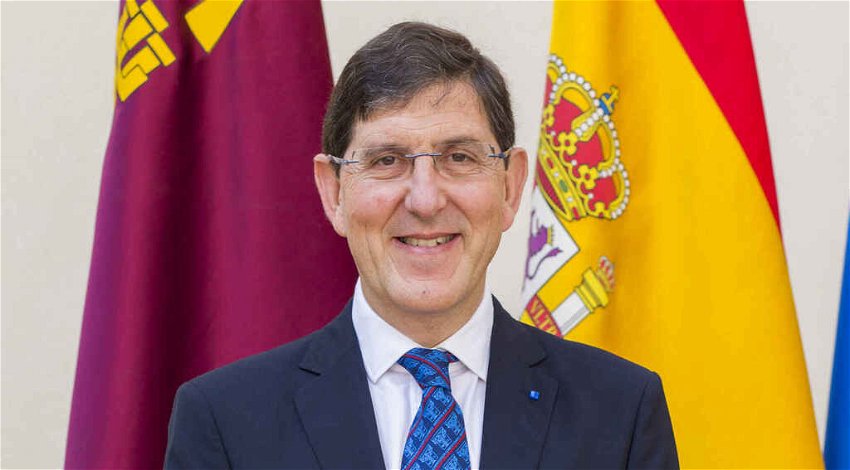 Manuel Villegas has now resigned as Councillor for Health

THE Murcia Health Councillor, Manuel Villegas, has been forced to resign after it was revealed that he authorised Covid-19 vaccines for himself and other senior officials, breaching protocol.

The region’s President, Fernando Lopez-Miras, defended him, saying that his work up to now had been “exemplary”.
With him, Villegas apologised to the people of Murcia and pointed out that it was because of the fuss caused by the opposition that he had been forced to leave.
Just hours earlier, he had said that he would not be resigning, but in his latest appearance, he explained that he would be going back to cardiology.
The delay in Lopez-Miras and Villegas coming forward with the statement regarding his resignation, meant that Murcia was not present in the Interterritorial Health Council at which it was decided that curfew would continue to be at 10pm.
Earlier in the day, Villegas had apologised to “anyone who felt offended” and explained that the fact that he and other members of the Murcia Regional Health Council had received the vaccine when some of the groups at risk had not yet had it, was due to a misinterpretation of the Spanish Ministry of Health’s guidelines, which say that “other healthcare personnel” could receive the vaccine. He claimed that they had understood by this that the whole health care system should receive it.
He received the vaccine last week along with several other senior officials from the Health Department they admitted.
His actions received harsh criticism from Ciudadanos who accused him of “shamelessly jumping the queue” and from other councils throughout Valencia.
In a separate case, two managers of Basque Hospitals have also been forced to resign for getting the vaccine ahead of time.