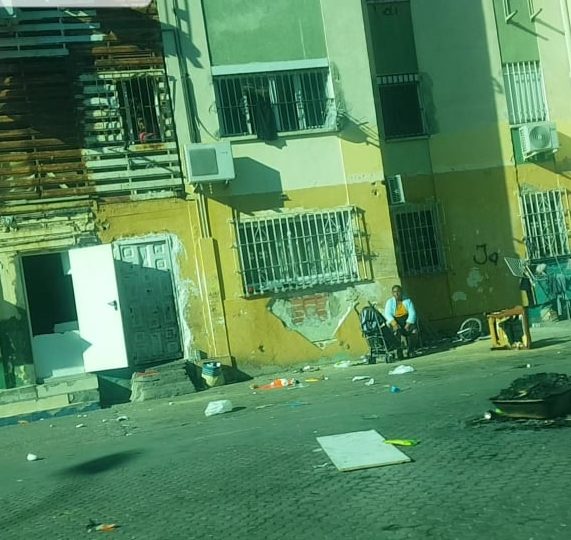 NOT FAR FROM the world-famous historical centre of one of Spain’s top tourist cities, Seville residents live in constant fear of power blackouts as local gangs hijack electricity units for their drug plantations.

The streets of Su Emencia may as well be on a different planet to those surrounding the ornate Plaza de Espana, one of Spain’s most magnificent palaces nestled in the heart of Seville. However, a 20-minute bus journey from the latter will take you to the Andalucian capital’s deeply deprived southside, home to some of the country’s poorest barrios.

Rubbish lies uncollected on patches of scorched grass between unkempt apartment buildings, stray dogs wander around boarded-up cafes while children kick footballs against walls plastered in gangland graffiti. Walk into the southern neighbourhoods of Las 3000 Viviendas, Su Emencia, or Los Parajitos in the east, and you are met with one distinct, overpowering smell: cannabis.

This is because local drug gangs, often run by criminal families, use these vast slums as a base to grow industrial quantities of cannabis plants. From these neglected neighbourhoods, large quantities of cannabis and hashish is ferried by youthful motorcycle couriers to street dealers across the city and rushed along motorways as far as Madrid and Barcelona in the dead of night.

The gangs have only one objective: profit. They care little for the communities from which they come, where families toil in Spain’s weak economy to scrape a living on the peripheries of one of the country’s major urban centres. Electricity bills would rack up heavy bills in the massive grow houses operated by these criminals, and so they resort to hijacking the electricity grids of their neighbourhoods.

This phenomenon regularly plunges the city’s poorest residents into total darkness, with elderly people and young families unable to turn on their lights or heat up their boilers for hours on end. This major social issue has been reported but neglected for years, and has now become the subject of a letter drafted to Seville’s mayor, Juan Espadas.

The letter claims that in the last six weeks the electricity of one neighbourhood, Su Emencia, has been cut off 15 times. “There are many elderly people living in these areas, which makes the situation worse, as we all know how vulnerable they are. We have people who need support such as respirators or apnoea machines,” said community leaders in their plea to the government to help the problem.

The government of Seville is reminded by the letter’s signatories that the majority of residents of affected neighbourhoods pay their electricity bills “religiously” and that authorities need to take drastic action to curb shortages.

Like other European countries, Spain encompasses several worlds within itself. To those basking in the heat and history of Seville’s historic centre it seems a very distant concept that within a few kilometres of the galleries and cathedrals are areas where even the basic right of energy is not guaranteed to locals.