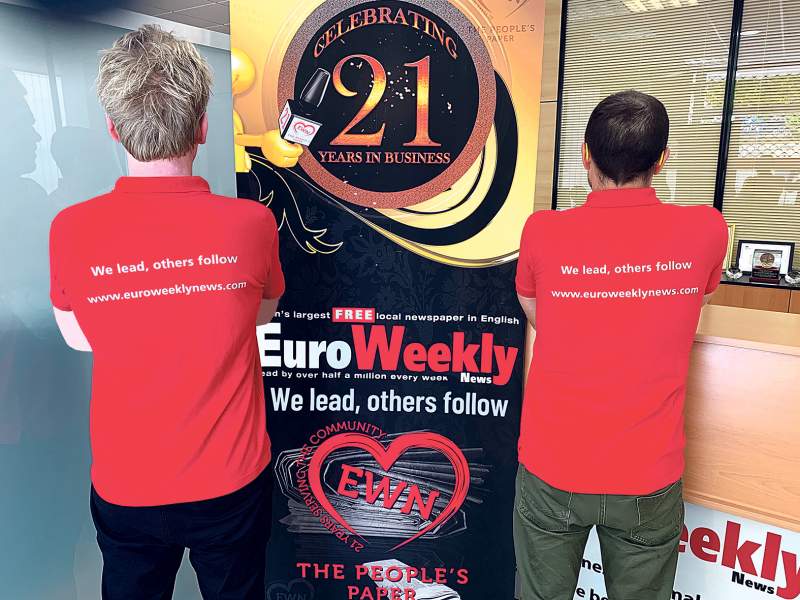 The major UK news outlets in the UK are now looking towards the Euro Weekly News to provide the latest stories that affect expats in Spain and holidaymakers alike. On Friday, January 22, news giants Sky News, Metro and The Mirror quoted the Euro Weekly’s publication on Spanish Prime Minister Pedro Sanchez’s devastating prediction that international tourists wouldn’t be welcomed to the country until 70 per cent of the population has been vaccinated, something that Mr Sanchez doesn’t see happening until the end of the coming summer.

The Euro Weekly is Spain’s largest free local newspaper in English, and because the company prides itself on bringing the most up-to-date Spanish news to the expat and tourist communities, it is read by over half a million people every week. As well as covering UK and international happenings, the Euro Weekly endeavours to provide all the information that expats living in Spain need to know.

It is not just the UK dailies that look toward the Euro Weekly for Spanish news in English, BBC radio makes it their first port of call to get the low-down on what’s really happening on Spanish soil. Euro Weekly’s very own CEO, Michel Euesden is a regular guest, trusted to give an expat’s perspective on life in Spain. Michel was recently interviewed by BBC Radio Merseyside to give an insight into how Brexit has affected the lives of the many thousands of expat residents in Spain.

The BBC has actually conducted interviews several times, the last occasion being a live broadcast in 2020 in the town of Mijas where Michel was asked about the Brexit decision- and what, in Michel’s view, did she and her readers think about it.

In January this year, Gavin Lee, a journalist for the BBC, and his camera team visited the EWN offices in Fuengirola for a follow-up, this time she was asked how the British expats are finding Brexit and how it has affected them.

For news that all the UK papers trust, visit Euro Weekly’s website or find us on Facebook.