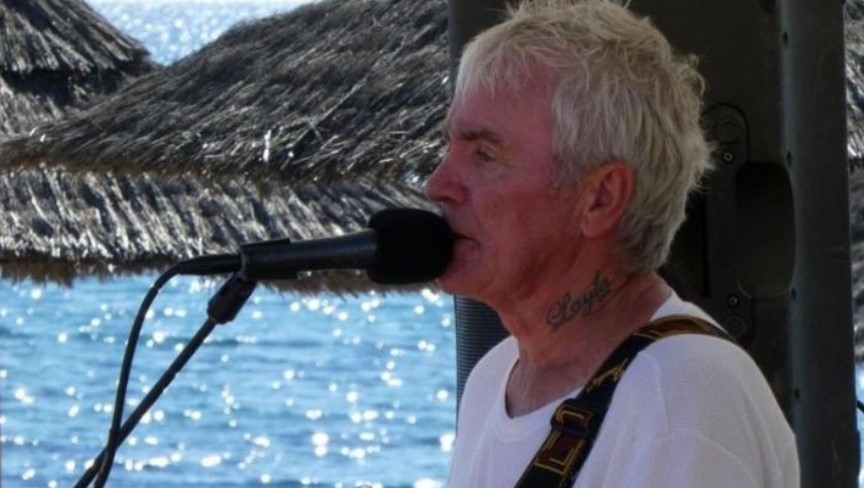 The Euro Weekly News has just had an exclusive chat with one of the Costa del Sol’s best-loved, and longest established entertainers and musicians, the one and only guitar-vocalist, Steve Nelson, who first arrived on the coast back in 1982, and is basically ‘ a part of the furniture’, having played 1000s of gigs in his time here, as well as owning his own music venues.
We were fortunate enough to call at the right time and speak with Steve when he was feeling up to talking, and it was our total pleasure to catch up with him for a thirty-minute chat.
Steve, aged 67, told the EWN how he had recently been suffering from ill-health after being admitted to hospital in July of last year for tests where he was then diagnosed with jaundice, and during the tests, doctors discovered a growth on his pancreas, which was clearly responsible for the intestinal problems he had been suffering from.
He said the doctors had performed a small operation on his pancreas, and then he was in line to have another operation earlier this month, but unfortunately tested positive for Covid-19, which meant he had to self-isolate for 10 days, and the surgery had to be cancelled.
Now, Steve told us, he must take another Covid test, and if it returns a negative result then the hospital will arrange a date for him to have his operation.
With the current situation, all entertainers are out of work and struggling financially, but Steve, due to his condition, can not go out to perform, even if he was able to, as he requires full-time home care, and as a result, one very kind friend, Wayne Robinson, decided to set up a GoFundMe page (Steve Nelson’s Recovery) to help raise money to pay for Steve’s private healthcare and emergency medical assistance.
Wayne had initially hoped the GoFundMe campaign would raise €10,000 but this figure was exceeded in less than 30 hours, and Steve told us the fund currently stands at 15,275 euros, and organiser Wayne Robinson has decided to keep the appeal running.
Steve will need continued home care before his operation and ongoing home care afterward, and says he has been really knocked out by the huge support and love shown to him by fellow entertainers, and members of the public, and of course, the support of his daughter Layla, also a well-known singer on the Costa del Sol.
Asked if he had a message for his friends and fans, Steve said, in his warm West-country accent, and we quote, “I feel great, and I am very optimistic about my operation being a total success, and I can not thank the people enough who have taken the time to donate. Thank you SO MUCH”.
_______________________________________________________
Thank you for taking the time to read this news article “Exclusive Interview With Guitar-Vocalist Steve Nelson”.
For more UK daily news, Spanish daily news and, Global news stories, visit the Euro Weekly News home page.