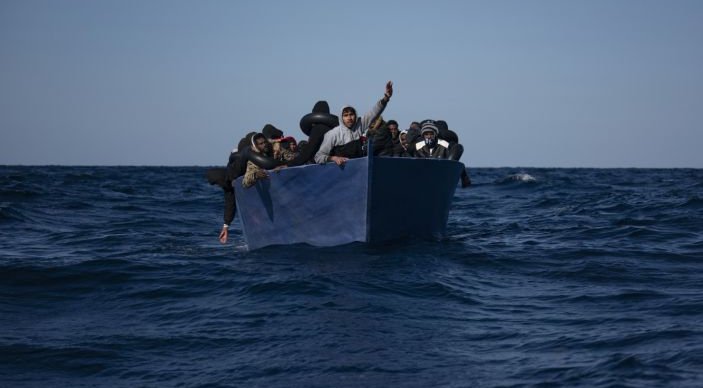 Libya’s coast guard intercepted over 80 Europe-bound migrants in the Mediterranean Sea off the coast of the North African country on Friday, Jan.22, the U.N. migration agency said.

The migrants were eventually returned back to Libyan soil, said the International Organization for Migration. They will most likely now be held under dire conditions in detention centres that Libya has become notorious for.

“So far this year, some 300 people, including women and children, were returned to the country and ended up in detention,” said the IOM. “We reiterate that no one should be returned to Libya.”

The IOM posted photographs on Twitter showing its staff members speaking with mostly African male migrants on a Libyan pier. This was the second interception off Libya in as many days. Late Thursday, the IOM said the Libyan navy returned to Libya another 86 migrants, including seven women and 19 children, who were intercepted earlier in the Mediterranean.

In the years since the 2011 uprising that ousted and killed longtime dictator Moammar Gadhafi, war-torn Libya has emerged as the dominant transit point for migrants fleeing war and poverty in Africa and the Middle East. Smugglers often pack desperate families into ill-equipped rubber boats that stall and founder along the perilous Central Mediterranean route.

On Tuesday, a boat carrying migrants bound for Europe capsized in the Mediterranean off the coast of Libya, and at least 43 people sadly drowned. The tragedy marked the first maritime disaster in 2021 involving migrants seeking better lives in Europe. The IOM said that the dead were all men from West African nations.

In recent years, the EU has partnered with Libya’s coast guard and other local groups to stem such dangerous sea crossings. Rights groups, however, say those policies leave migrants at the mercy of armed groups or confined in squalid detention centres rife with abuses.

Also on Friday, SOS Mediterranee, tweeted that its rescue ship Ocean Viking found and rescued two rubber boats in distress, carrying 140 people, including women and children. Earlier, Alarm Phone, a crisis hotline for migrants tweeted that these two boats had taken off from Libyan shores.