Probe Launched After US Police Car Ploughs into Crowd 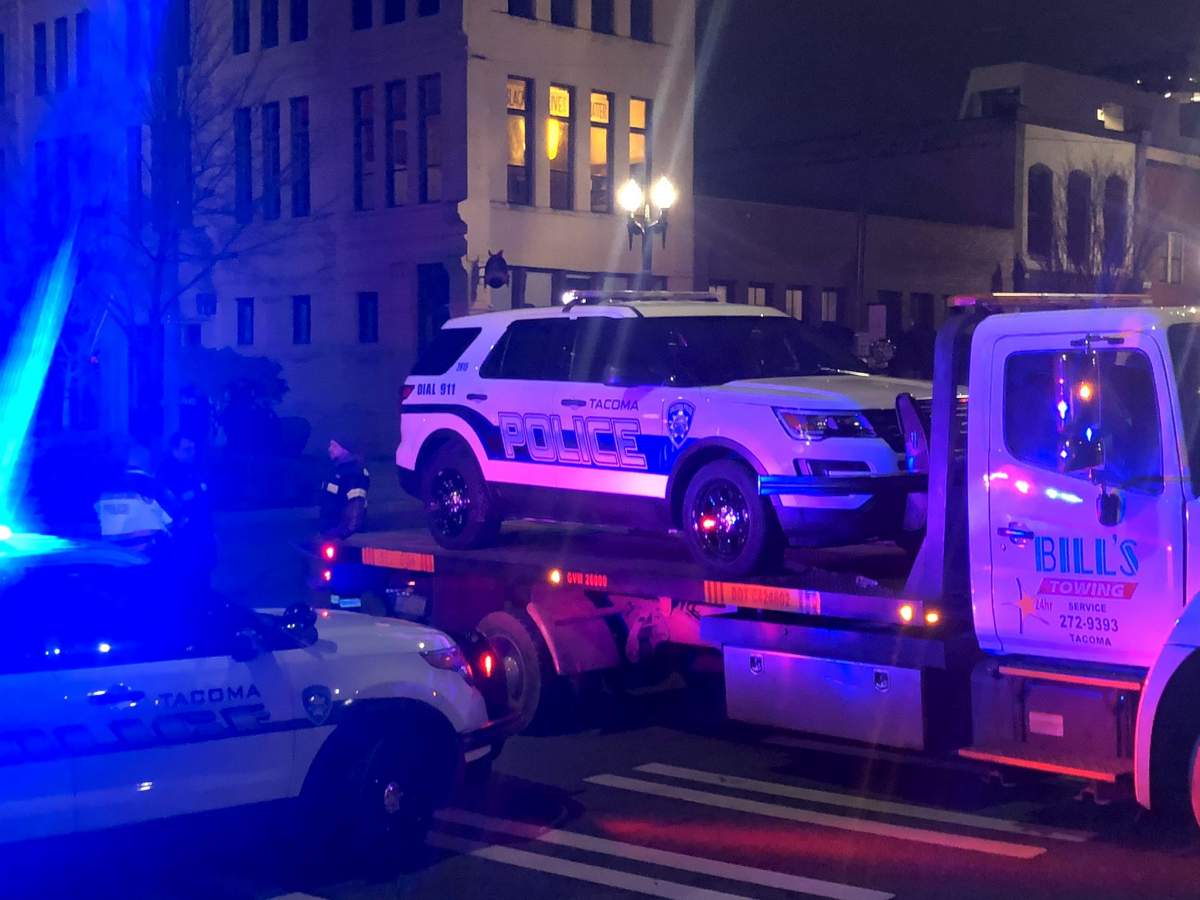 Viral footage of the incident has spread across social media - Image Source: Twitter

AMERICAN authorities have placed one officer under investigation as they probe a dramatic incident that saw a police car plough into a crowd in northwestern USA.

Shocking footage captured the dramatic incident in Tacoma, Washington, in which a crowd surrounded a police vehicle. The car revs its engine as it attempts to escape the large group, who allegedly attacked the vehicle – causing it to plough through the crowd.

Nobody was killed in the incident, though one person was reportedly rushed to hospital having been struck and injured by the police car in its frantic escape.

According to local police, the vehicle had been dispatched to the scene following reports that a “burn out” – illegal drag race – was taking place.

“During the operation, a responding Tacoma police vehicle was surrounded by the crowd. People hit the body of the police vehicle and its windows as the officer was stopped in the street,” local law enforcement said in a statement.

“The officer, fearing for his safety, tried to back up, but was unable to do so because of the crowd,” it said, “While trying to extricate himself from an unsafe position, the officer drove forward striking one individual and may have impacted others”.

“I am concerned that our department is experiencing another use of deadly force incident,” Interim Police Chief Mike Ake, whose Pierce County Force has launched an internal police probe, stated.

US Police have increasingly drawn negative publicity for their heavy-handed tactics, which were highlighted last May following the widely publicised murder of George Floyd by Minneapolis officers.