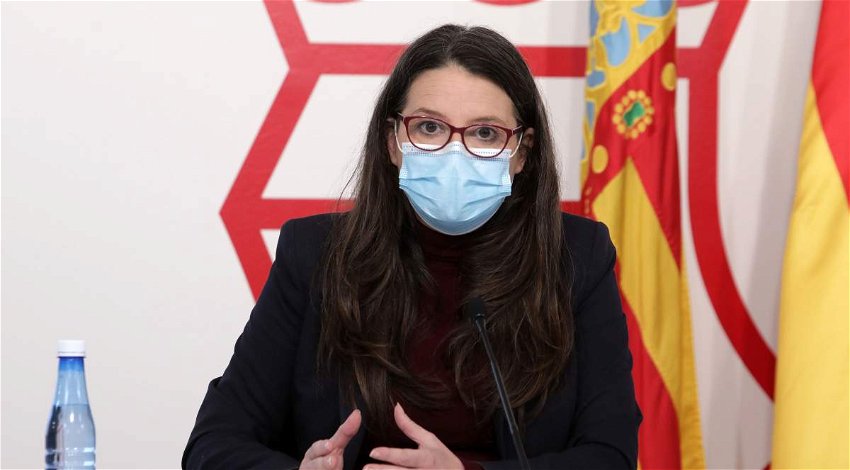 VALENCIAN government to limit gatherings in homes to cohabitants only
The Valencian Government announced on Thursday, January 21 that it intends to impose a new regulation which will prevent people from different households socialising in their homes. Speaking after a meeting of the plenary session of the Counsell in Alicante, vice president of the region, Monica Oltra, didn’t specify when the measure would become law, but said that it is “imminent”.
The measures are being met with a fair amount of outrage, with prominent members of the National Police and Guardia Civil claiming that they are an encroachment of people’s fundamental rights. In fact, representatives from the central government have openly said that no such sanctions have been approved, despite Ms Oltra claiming on Twitter that it is a done deal.
The regional president, Ximo Puig, defended the decision, insisting that up to 60 per cent of coronavirus infections are caused by large family gatherings, and that limiting meetings in houses to cohabitants will go a long way to stemming the wave of Covid cases in Valencia. Shortly after Ms Oltra’s comments, the president reiterated that he was looking at legal means to impose the restriction.
When asked about the practicality of imposing this measure, Ms Oltra called for people to be sensible and responsible.
“Here we are talking about self-control, what is right at the moment and what is not,” she said. It is not that they are going to give you a sanction, but that a family member can die as a result of a contagion. That would be the pain they would face, and maybe they would have a lifetime to regret it. Getting together now is a very great danger.”