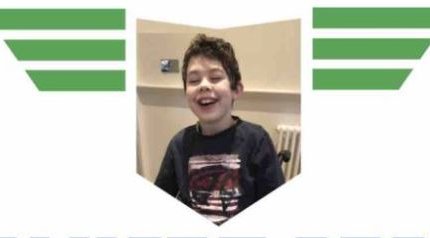 A YOUNG Newcastle boy is fundraising to help save the charity that changed his life.

The global pandemic has raged round the world and affected many charities, one of which is the Lake District Calvert Trust. Charities have been unable to run the normal fundraising activities and many are suffering from a lack of funds.

Young Oliver Voysey from Fenham, is only 12-years-old, and is fundraising to help save his favourite charity. When Oliver was only two days old he experienced a terrible brain injury, and since then has suffered from epilepsy, autism and he is blind. He also has cerebral palsy and learning difficulties.

This won’t stop Oliver whose motto is never ‘never say I can’t’. Oliver has been supported by the Lake District Calvert Trust, and has taken part in a staggering variety of activities such as rock climbing, mountain biking and sailing. The trust has taught him that he can do anything that he wants to.

The charity has been severely hit by the global pandemic which has left a £1 million gap in the income needed by the trust. They have launched an appeal called the Emergency Bounce Back Appeal and Oliver has set himself a series of challenges to help the trust.

If the charity cannot raise enough money they face of possibility of having to permanently close. This is something that would be a disaster for many families and something that Oliver is determined to stop. He has designed a series of 13 challenges in aid of the charity.

Young Oliver’s challenges include standing on his own for 13 seconds and walking on a treadmill for 13 minutes. Sarah Oliver’s mum said, “The Lake District Calvert Trust really do make disability just a word. They have given Oliver experiences we didn’t think were achievable.

“The psychological impact this has had has been amazing. We’ve seen Oliver go from strength to strength and he lives by the motto ‘never say I can’t’.

His family will be supporting him and a GoFundMe page has been set up for the charity.

Thank you for taking the time to read this news article “Young Newcastle Boy Fundraising to Save the Charity That Changed His Life”. For more UK daily news, Spanish daily news and Global news stories, visit the Euro Weekly News home page.