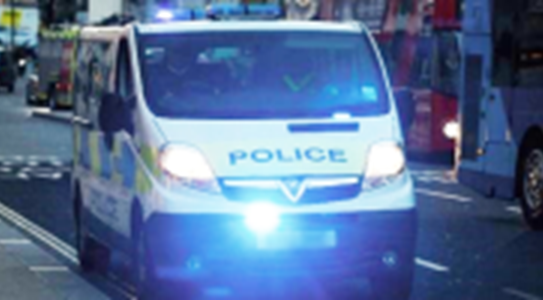 Man arrested after officer head-butted and racially-abused following a domestic incident today, Monday, January 25.
POLICE were responding to reports of a domestic incident involving a man with a knife in the Westhoughton area of Bolton at around 8.50am this morning.
On arrival, officers discovered a delivery driver – a man in his 30s – had been assaulted and suffered cuts to his face and damage to his vehicle and clothing.
In an attempt to arrest the suspect, an officer was head-butted and received serious facial injuries while being subjected to racial abuse before taken to hospital for treatment.
Specialist officers attended and a Taser was deployed.
A 25-year-old man was arrested on suspicion of aggravated public order, assault, racially aggravated public order on a police officer, section 47 assault of an emergency worker, and affray.
He was taken to hospital as a precaution before being later discharged and taken to custody for questioning.
The officer has since been released from hospital and has resumed his duty.
Inspector John Walsh, of GMP’s Bolton district, said: “This was a terrible incident for one of our officers to be subject to but it goes to show the daily commitment we have to keep people in our community safe.
“Thankfully the officer has been treated for his injuries and has shown terrific dedication in returning to duty to see out the remainder of his shift for the day.
“We continue to do all we can for those who need our help and encourage those who require us do so immediately online, via 101 or 999 always in an emergency.”