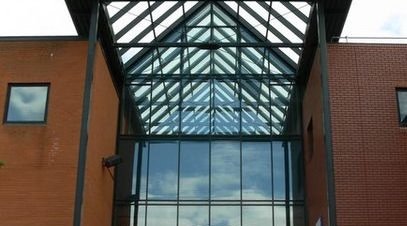 Burglar pleads guilty to manslaughter after a pensioner died following a raid at his home.

JACK TEBBUTT, 20, from Wigston, Leicestershire, had pleaded guilty to one count of burglary and a further charge of perverting the course of justice at an earlier hearing.

An 18-year-old woman admitted her involvement in the incident when she also pleaded guilty to one count of perverting the course of justice at a hearing last year.

Leicester Crown Court heard the victim, Howard Staff, 66, was injured at his home address in Gibson Close, Wigston, on January 13.

His brother, 77, was also inside the address when Tebbutt broke in at around 3.20pm.

Howard – who was housebound and walked with the aid of a zimmer frame – was on his way to another room when he saw Tebbutt in the hallway.

Howard called out to his brother when Tebbutt pushed passed him causing him to fall to the floor where he lay injured.

Tebbutt stepped over him and stole a quantity of cash before running off.

Police and the East Midlands Ambulance Service were called to the address and both men were taken to the Leicester Royal Infirmary for treatment.

Sadly, Howard died in the early hours of the following morning.

An investigation was launched with officers carrying out house-to-house enquiries, trawling hours of local CCTV and speaking to witnesses.

As a result of their enquiries Tebbutt and the teenage girl were arrested a week later.

Detective Inspector Jonathan Blockley, from the East Midlands Special Operations Unit (EMSOU), said: “Mr Staff was of no threat to anyone. He was a family-orientated man who kept himself to himself, and we were determined to find who was responsible.

“He was at home when he was assaulted by Tebbutt whose intention to commit burglary was fuelled by monetary gain.

“Mr Staff’s family remain devastated by his death, but I can only hope that the fact Tebbutt has admitted his crimes will go some way towards easing their pain knowing that justice has been done.”