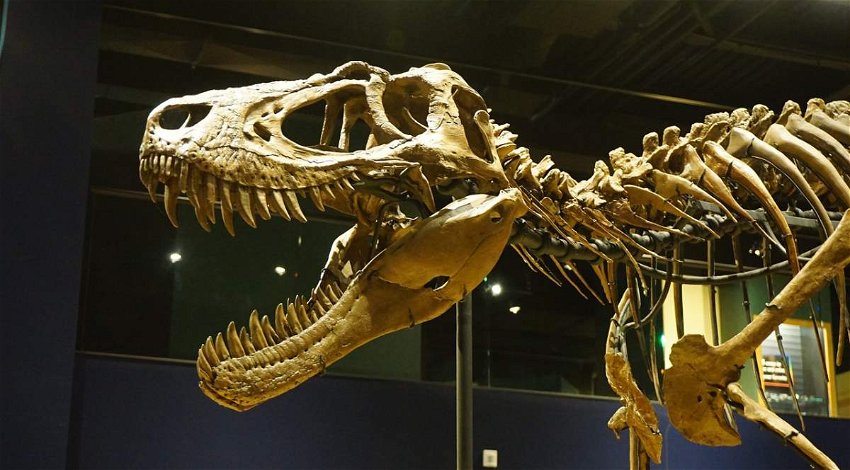 Tyrannosaur babies were the size of border collies

A RARE 65-million-year-old dinosaur egg has reportedly been sold in Russia.

A resident of the northern Russian region of Arkhangelsk put the dinosaur egg with a fossilized embryo inside that is supposedly more than 65 million years old up for sale for €11,200, a local news site reported.

The discovery, according to a report in Deutsche Welle, was made in 2010 in the Onega River in Arjanguelsk.

According to the seller, the embryo – about 6 centimetres long – belongs to an ancient species of theropod and would be between 65 and 120 million years old.

The doctor in biological sciences, Boris Filippov, reportedly said that there was “a possibility” that the discovery was authentic because the area where it was made is known to have vestiges of periods as old as the Proterozoic, between 650 million and 2.5 billion years ago.

Meanwhile, a team of palaeontologists, led by a University of Edinburgh researcher, have discovered that one of the largest predators ever to walk the Earth, the Tyrannosaur, was only the size of a Border Collie dog when it took its first steps.

The first-known fossils of tyrannosaur embryos have revealed data on the early developmental stages of the dinosaur, which could grow to more than 12 metres and weigh eight tonnes.

The discovery has been made after examining fossilised remains of a tiny jaw bone and claw unearthed in Canada and the USA which belongs to baby tyrannosaurs, related to the famous Tyrannosaurus Rex. When they hatched, they would have been just under a metre long, having come from an egg of around 43 centimetres. The eggs have not been found, but this new information could help them to be recognised in future.

The study, published in the Canadian Journal of Earth Sciences, was supported by the Royal Society, Natural Sciences and Engineering Research Council of Canada, and National Science Foundation. It also involved researchers from the Universities of Alberta and Calgary, Canada, and Montana State and Chapman Universities, USA.