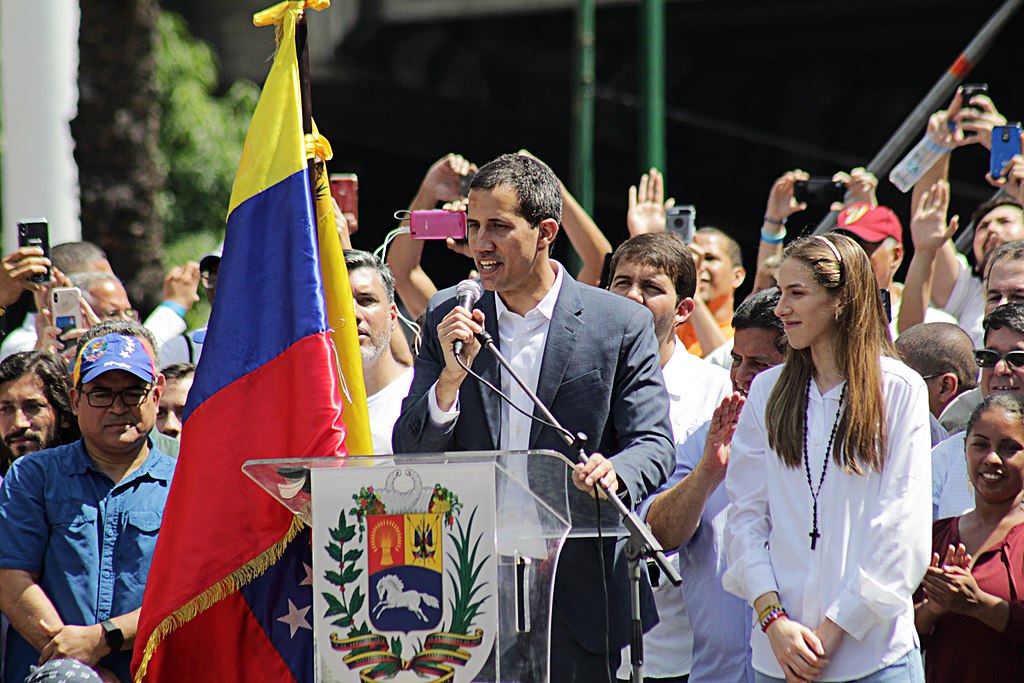 THE EUROPEAN UNION (EU) has withdrawn its recognition of Venezuelan opposition leader Juan Guaido, who they previously held as the troubled country’s head of state.

The EU has announced that it no longer recognises Juan Guaido as the country’s President despite the new US Biden administration affirming their support for the opposition leader.

A recent controversial election saw President Nicolas Maduro returned to power, with Guaido calling the vote rigged and declaring himself Venezuela’s legitimate President. While the EU has retracted its recognition of his claims, the European Council said it “deeply regretted” that Maduro’s government had not staged a democratically fair election.

Nicolas Maduro, the successor of Venezuala’s revolutionary leader Hugo Chavez, is an enemy of the US and a controversial figure in the country. While Venezuela endures what the EU describes as a “profound political crisis” and “desperate humanitarian emergency”, Maduro and his socialist party have been blamed by some observers for the turbulent situation.

Others see the collapsing state as a product of American interference in Latin American countries that do not fall under Washington’s influence. Last year two US mercenaries were given lengthy sentences in Venezuala when they were captured attempting to stage a coup against Maduro, possibly under the payroll of the Trump administration.

Last week Antony Blinken, the new US Secretary for State under President Joe Biden, announced that Washington would continue to recognise Guaido as Venezuala’s leader while pledging to take “more effective” action against Maduro’s government

Despite hosting some of the planet’s largest oil reserves, Venezuela is a deeply impoverished country currently experiencing huge levels of crime and unrest. Many have fled the country into neighbouring states, while the capital Caracas is considered one of the world’s most dangerous cities.