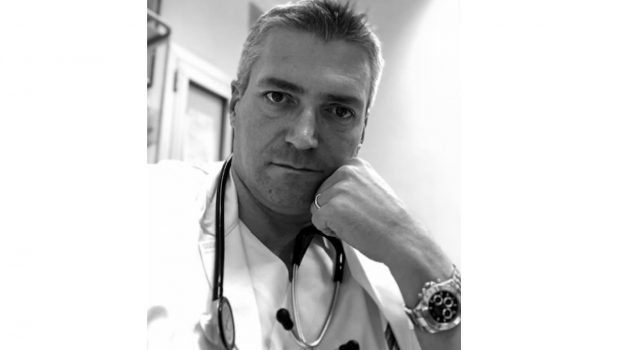 A DOCTOR in the north of Italy has been accused of administering lethal doses of muscle relaxants to elderly coronavirus patients in hospital, killing them in order to free up beds.

Dr Carlo Mosca, aged 47, has been arrested on suspicion of voluntary homicide and the bodies of three former patients have been exhumed after he was accused of killing coronavirus patients last March during the height of Italy’s first wave of the virus.  He has also been suspended from his job as head of the emergency room at Montichiari Hospital in Brescia, Italy.

Dr Mosca, is accused of administering anaesthetic and neuromuscular blockers to older patients during the height of Italy’s first wave of the virus when hospital beds were overwhelmed, leading to the death of a 61-year-old and an 80-year-old.

Two months after the deaths Italian police began to investigate the medical records of those who had died, reportedly finding that several had suffered an unexplained and sudden deterioration in health.

According to media reports, police began to suspect the deaths could have been caused by intentionally and ordered three bodies to be exhumed for autopsies and toxicology reports.

Results allegedly found the presence of anaesthetic and muscle relaxants in the tissue and organs samples.  According to reports, both medications are commonly used while intubating or sedating patients but can cause death if not needed.

Police also claim neither drug appeared on the medical records of the deceased, and were instead included in the records of patients who had already been intubated.

A message exchange between two nurses working under Dr Mosa during the time he allegedly killed his patients, shows they also had concerns about the medication the doctor was giving several patients.

In one message a nurse reportedly asks he colleague, “did he ask you to administer drugs without intubating them? No I’m killing them just because he wants to free up a bed.” Her colleague is said to have replied, “I agree with you, this is crazy.”

Following the autopsies on his former patients, Dr Mosca is also alleged to have, “approached staff members to agree on a convenient version of the story, even encouraging them to lie.”

According to the judge at the doctor’s hearing, “despite the fact that the majority of the health workers knew Mosca’s methods of administering drugs to intubate without doing it, and outside of any protocol or guideline, no one decided to report him before the April 23 complaint, nor did they report the facts to the relevant health department.”