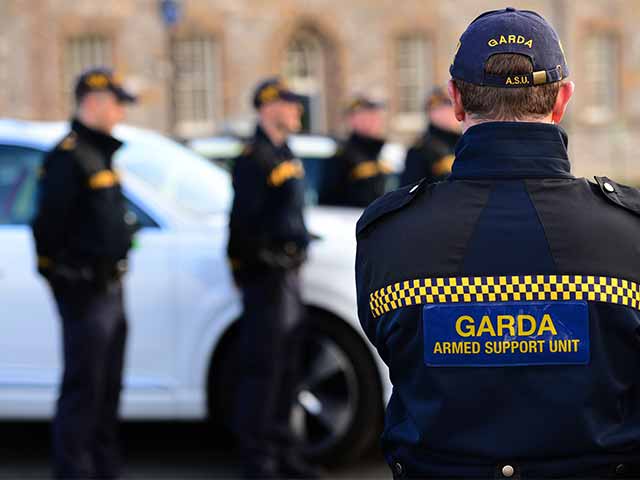 The man threatened Gardai that he would detonate a bomb if they approached, which was later found to be fake - Image Source: An Garda Siochana

A DUBLIN man has been jailed for staging a hostage siege on a courtroom in 2018, threatening legal staff and police with a fake gun and hoax bomb.

Edmund Dunican, a 47-year old from north Dublin, was given an eight-year sentence with two suspended for his dramatic attack on an Irish courtroom in December 2018. Brandishing a replica pistol and wearing a fake pipe bomb around his neck, he laid siege to the court and threatened the life of a female barrister.

During the 17-minute siege, he told the Judge and other legal staff they could leave while he threatened his opposing barrister. The Jude stayed and pleased with Dunican to end his attack while armed Gardai units surrounded the building.

He warned officers to “back off lads, if I fall you’re all gone”. The hostages described during his conviction the terror they experienced during the dramatic incident, fearing that his weapons were real and that he would execute them. A specialist Garda negotiator managed to convince Dunican to end his siege, while the Army was called in to analyse the fake bomb.

During his trial, the court heard that Dunican’s life had fallen apart prior to the attack, with his business failing and his marriage ending. Although he has not conceded why he staged the siege, or what he hoped to achieve from it, he has reportedly expressed his remorse and apologised to the victims.