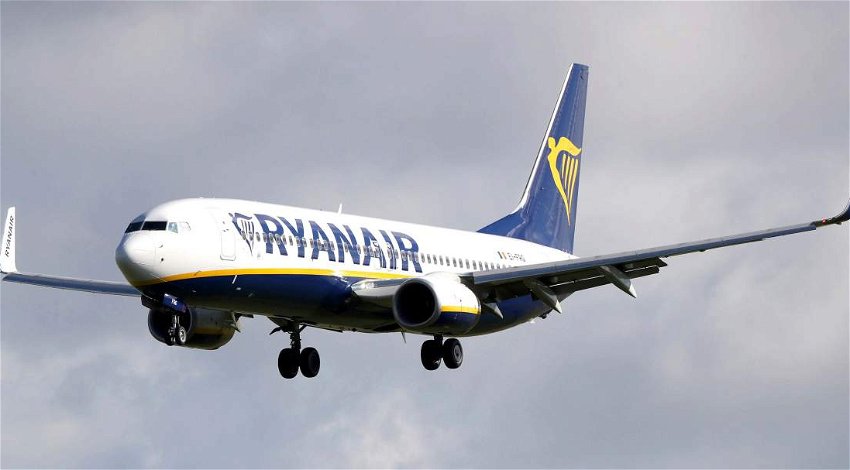 Ryanair To Withdraw ‘Jab and Go’ Adverts After ‘Deluge’ of Complaints to Advertising Watchdog.

RYANAIR has agreed to withdraw its ‘jab and go’ campaign after hundreds of complaints were made to the advertising watchdog. The budget carrier is under investigation by the Advertising Standards Authority over the promotion which encouraged potential holidaymakers to “jab and go” following last month’s rollout of the Covid vaccine.

The Boxing Day promotion reportedly attracted more than 1,500 complaints to the ASA, who are now examining the campaign to see if any rules were breached. The airline said in the ad: “Covid vaccines are coming so book your Easter and summer holidays today with Ryanair.” It added that with a number of destinations on offer, customers “could jab and go”.

The ASA in Ireland (ASAI) ruled last week that the ad should not run in its current format again. The ASAI received 59 complaints about the Ryanair advert which encouraged consumers to book Easter and summer holiday flights as “vaccines are coming”.

The ASA in the UK, however, has still yet to publish a ruling on the advertising but Ryanair appeared to pre-empt a decision by saying said it “respectfully disagrees” with a ruling by the watchdog, though describing the advert as both “factual and accurate”.

A Ryanair spokesperson said: “The ASA’s ruling flies in the face of the UK’s successful vaccine rollout, however, even though this ruling is baseless, Ryanair will comply with it and the Jab & Go adverts will not run again.”

A spokesperson for the UK ASA said: “The ASA will publish the findings from its formal investigation into Ryanair’s ‘jab and go’ ad soon. We have no further comment until then.” Most of the complaints received by the ASA in Ireland challenged whether the advertising had the potential to mislead consumers, considering that there was no guarantee that they would be able to travel by Easter 2021, according to a draft report.

The complaints made particular reference to the age group featured as those in their 20s and 30s who, according to the government’s rollout plan, are likely to be among the last to receive the Covid-19 vaccines.

Some of the complainants queried whether the advert conflicted with public health guidelines regarding travel safety. Others claimed the ad was “irresponsible, insensitive and offensive and trivialised the effects which the pandemic was having on society and in particular front-line workers.”

They also claimed the term “vax and go” might belittle the rollout of the vaccination process. The ASAI upheld complaints that the ad was misleading as it was “likely that consumers would interpret the phrase ‘vax and go’/‘jab and go’ as an unequivocal endorsement of vaccinating and travelling unconditionally.”

“Ireland’s vaccination plan did not support the perception created in the marketing communications of people being capable of being vaccinated if they wished in sufficient time to travel by Easter,” the ASAI’s complaints committee reportedly said.