The Bitcoin Mania: 4 Reasons For Its Growing Popularity In 2021 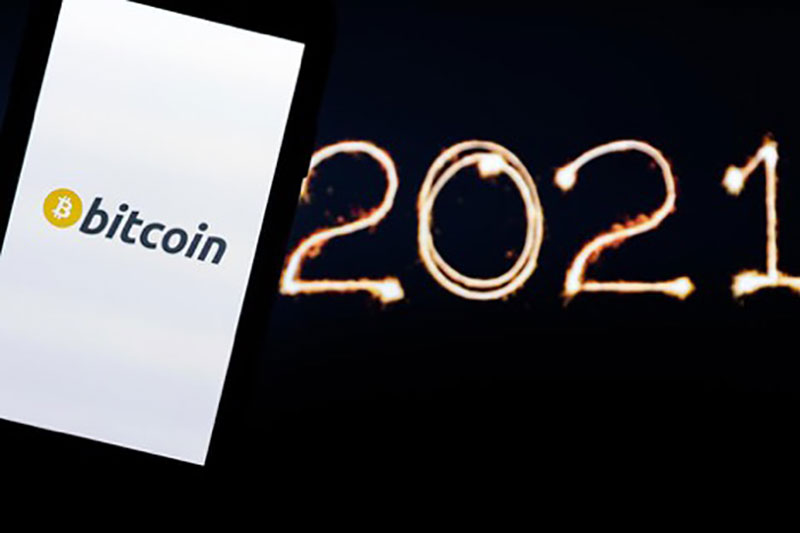 Bitcoin has seen astronomical growth over the last decade. Its price has continued to skyrocket over the last year. And in its wake, many coin creators and potential investors have been getting in on the action. There has even been speculation of bitcoin possibly rivaling gold.
Since its inception in 2009, the digital currency has been hailed by supporters as a market-disrupting liberation. While being demonized by critics, establishing it as an anarchist project in order to overthrow modern capitalism and some even going as far as to call it the “swindle of the century”.
Regardless of whichever side may be right, one thing is certain: the growth in Bitcoin’s popularity. But what exactly is driving this growth? There are 4 main reasons why Bitcoin is such a hot topic currently:
Safe Haven Against Rising Inflation.
Perhaps a major underlying reason for Bitcoin’s rapid popularity is a growing inflation rate. It is a well-understood fact that fiat currencies are subject to inflation which threatens a drop in their value.
For example, in the US, the average inflation is 2% each year, but recent stimulus spending is poised to significantly alter the rate of inflation and consequently, decrease the dollar’s purchasing power. The inevitable fall in the value of the dollar and the increase in inflation has many people worried.
Therefore, in order to hedge against this rising inflation, many people have retreated from the dollar, taking shelter in assets that have historically held their value or have appreciated in value. Such assets, that have proved to be a safe haven for people, include precious metals, stocks, and even more recently, Bitcoin.
Bitcoin does not conform to the rules of inflation and is well known for being inflation resistant. Its design involves a limit to the number of Bitcoins that can ever be in existence, the cap being 21 Million. This was indeed a conscious decision made by Satoshi Nakamoto, the anonymous entity responsible for the creation of Bitcoin.
This limit of 21 Million effectively makes Bitcoin inflation-proof, allowing it to retain its value and giving it superiority over traditional currencies. The limit also indicates that the more people buy and use it, as in the more scarce it becomes, the further its value will drive up.
Adoption As A Means Of Payment.
Another undeniable contributing factor to the Bitcoin buzz is its growing adoption as a payment method.
Paypal announced in October that its 346 million active users will now have the luxury of being able to buy, hold and sell bitcoin and other digital assets using their Paypal accounts. Not only that but as the widely popular app, Venmo, is owned by PayPal as well, it is also expected to accomplish the same duties in 2021.
As a result of this news, Bitcoin’s price surged immediately. Also, PayPal has well over 20 million active merchants that will also be able to accept the digital currency, enticing more people to jump abroad the bitcoin express. Other payment companies such as Square and CashApp have also started accepting cryptocurrencies which has resulted in a much wider and larger Bitcoin audience.
Involvement Of Institutional Investors.
A trend began where publicly traded companies started converting the cash in their treasuries over into Bitcoin as a more sound store-of-value. A notable example is MicroStrategy, a business analytics company, that converted about $425 million worth of cash that existed in its treasury to Bitcoin. Not long after, a payments company, Square, made a $50 million purchase.
And over the last few months, a number of companies and high profile investors have followed suit. As a result of the confidence placed by these companies in Bitcoin, many more investors have deemed it necessary to hop on the trend.
Increase In Trading Programs.
Another prime reason for the growing popularity of Bitcoin is the availability of trading programs. Such programs and systems make use of Artificial Intelligence (AI) and Machine Learning (ML) algorithms to capitalize on crypto booms that result from the changing dynamics and volatility of the crypto space.
One such example is Bitcoin Storm, which uses advanced technologies through which its robot can conduct trading at a high win rate. It can actually help you passively generate a good many dollars, depending on how favorable the conditions of the market are. Here is the bitcoin storm sign up page, if you’re interested.
Such programs prove to be a safe haven for novice crypto investors. Even seasoned investors can use the auto-trading options to have it as a side hustle.