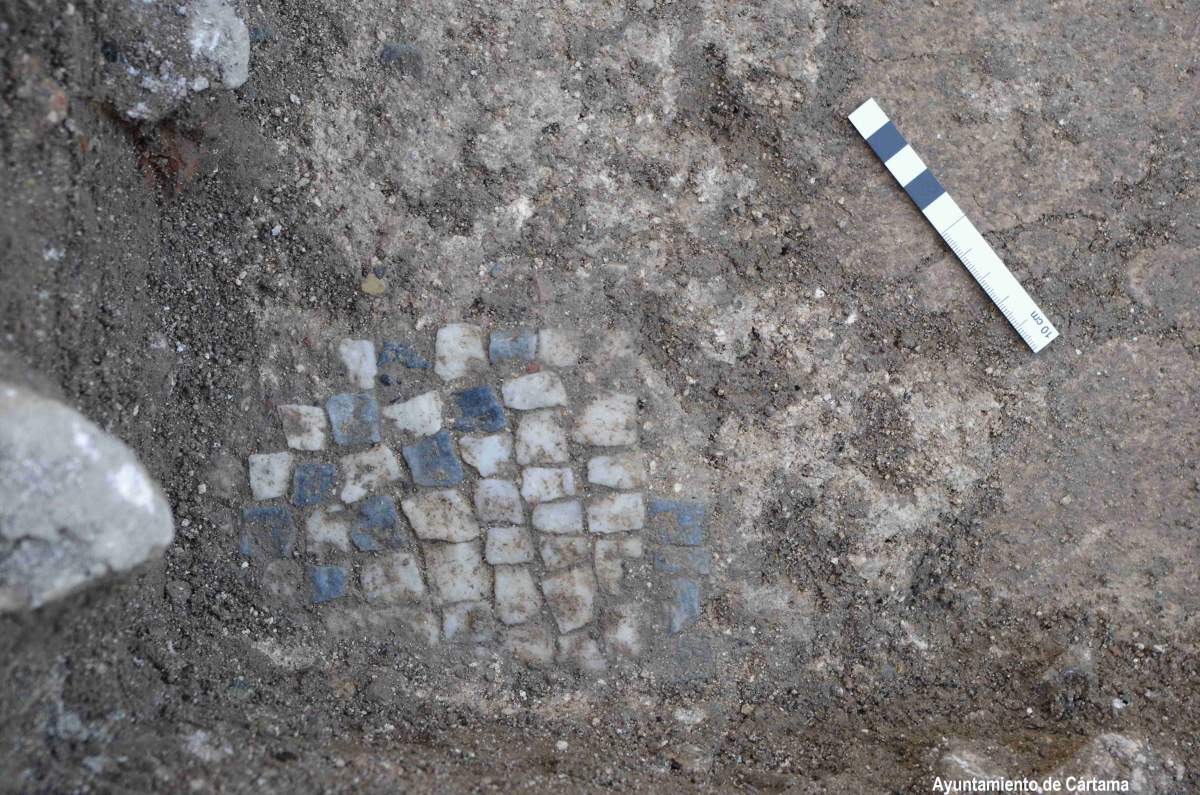 The main part of the mosaic is in the Basque Country

THE Council in Cartama, Malaga, has announced the discovery of the original location of a Roman mosaic of the Labours of Hercules.

The location is in Calle Padre Navedo, where now, part of the mosaic which had not been extracted has also been found.
According to Francisco Melero, the archaeologist who carried out the work, there is a base of limestone and ground pottery on which the mosaic was placed and an area with several coloured tiles.
The find has been possible thanks to the survey which is being carried out in five streets of the historical centre so that when work to restore the local streets begins, no historical remains will be damaged or lost.
The work is also “allowing us to understand the history and rich cultural heritage” of the town, the local mayor, Jorge Gallardo said.
In 1861, an article published by archaeologist Manuel Rodriguez de Berlanga mentions the remains of the mosaic which were left behind and have now been found.
The mosaic was first found in 1858 in what would have been a home in the Roman city of Cartima. At the time, the Marquis of Loring, paid for it to be dug up and taken to Malaga city to La Concepcion Botanical Garden. On it, a building was made, imitating a classical temple, which became Malaga’s first archaeological museum. The museum was built based on the dimensions of the mosaic.
When the property was bought by the Basque, Echevarria-Echevarrieta family, the mosaic was taken to the Basque Country, where it remains in the family’s private pantheon in the Getxo-Vizcaya Municipal Cemetery.
Cartama Town Hall will continue to try to bring the mosaic back to the town, the mayor announced.