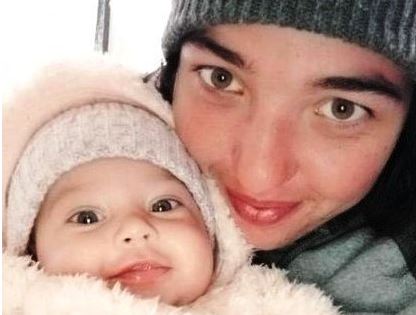 FAMILY launch an appeal to stop a murdering father getting bail after a mum and baby were found dead in a hotel under horrific circumstances.

A distraught family have created an appeal on change.org in the hope of gaining support to stop the alleged murderer of a mother and her young child from getting bail.

The bodies of mum Chantelle Ester Ash, aged 20, and her daughter Tasneem Isha who was only eight months old were allegedly found decomposing having been strangled with their hands tied behind their backs at the Limpopo hotel on January 14 in South Africa.

The desperate plea from the family said, “THIS COULD happen to your daughter, sister, grandchild, cousin, mother or aunt.  It doesn’t always happen to someone else.  Until something like this happens to someone in your circle of family or friends, it shouldn’t only become an issue then.  PLEASE read, share and sign.”

The young family had arrived at the hotel on January 12 in the evening at around 7 pm. They only booked the accommodation for one night and no details of their names were given. When staying in South Africa for only one night guests are not legally required to present details to the hotel.

After the family had not been seen on January 13 by staff, a receptionist went to check on the guests on January 14, this was when the tragic discovery was made of the bodies of Chantelle and baby Tasneem.

After a manhunt for the alleged murderer, the baby’s father was arrested on January 21 and the family are now fighting to prevent bail been granted. The suspect had appeared in court on January 22 but the case has currently been postponed until January 29 for a bail hearing.

The family are hoping to gain sufficient support by the petition to stop the bail.