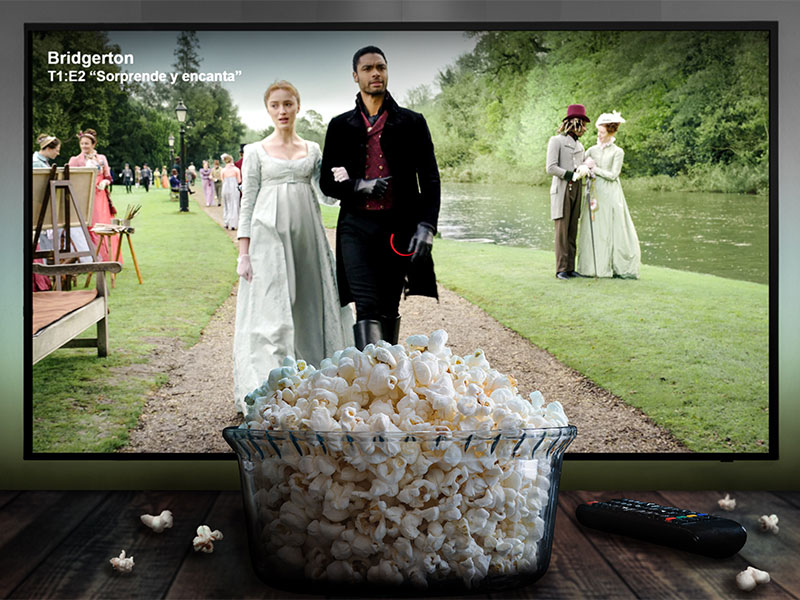 Quite frankly, I believe the new Netflix series of Bridgerton is a long way from the lighthearted ‘bit of fun’ the makers and actors would have us believe. This grossly inaccurate ‘historical’ piece, sets yet another precedent of dangerous appeasement which now seems to have no bounds in its relentless erosion of British history and its heritage.

In this series, set in the Regency period, many of the main characters are depicted as black aristocracy. Even the Queen Charlotte is portrayed by black actress Golda Rosheuvel. To me the whole presentation is misleading and offensive.

With the exception perhaps of Dido Elizabeth Bell, who was the daughter of a British naval officer and a Caribbean slave, (and is herself the subject of a new historically correct movie to be released later this year) there were no black members of British aristocracy at that time, or even any other historical period, unless you count the occasional Moor in the Tudor era.

It’s all very well for those responsible to shrug it off as ‘a bit of fun’ or ‘we were all simply having a laugh,’ they fail to take into account that to many of today’s youngsters, movies and presentations of this ilk are the nearest they get to learning anything at all about the culture and heritage of the country they live in.

You simply cannot trust the woke and left wing influenced teachers that abound in the British education system, to teach its ever increasing ethnic pupil base the true historical past of the UK.

They are too busy being ‘ashamed’ and trying to erase or airbrush the more dubious actions of our ancestors, instead of proudly teaching of the magnificent achievements and constructive input they have given to the world. Don’t take my word for it.

Leicester University has just announced they are planning to decolonize their English language studies by shelving works of English literature that they consider ‘too white’! Chaucer and his important works of Canterbury Tales and Beowulf are among the first to go.

You really do wonder where it is all going to end. Briefly returning to the casting of the farcical Bridgerton, can you imagine the furor and protests that would have ensued should they have cast a white woman in the role of Whitney Houston? Or Benedict Cumberbatch as Mandela? Ludicrous? No more than casting a black woman as the Queen of England! Once again, I’m fully prepared for the accusations of racism I am bound to receive for this piece.

The irony is that I am so utterly against racism, I cannot help but speak out when I see it this evil doctrine constantly practiced under the guise of so the called diversity and equality which is utterly destroying the heritage of a once great country; and in doing so not only biting the hand that feeds it, but positively gnawing on it. Thanks for all your comments. Feel free to speak freely. And whatever you do always-