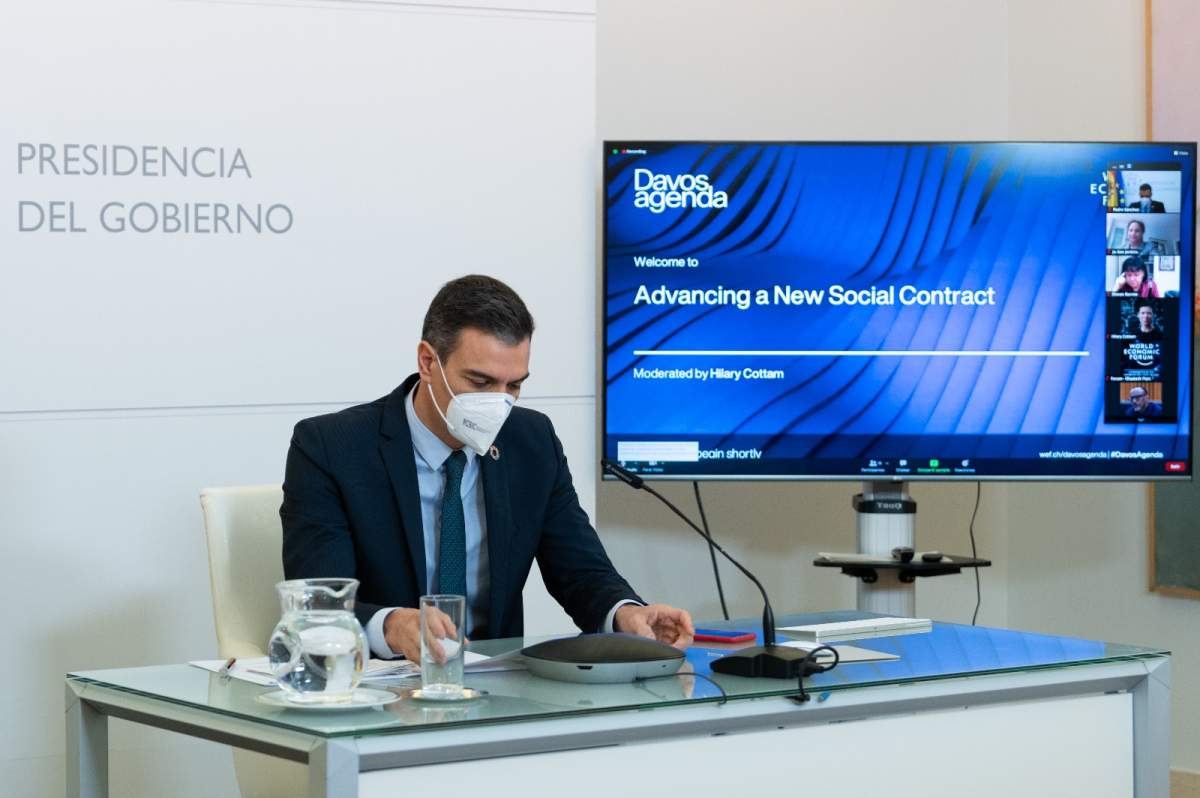 EVERY January since 1971, the World Economic Forum has taken place in the Swiss resort of Davos where the ‘movers and shakers’ of the world’s economies meet to discuss strategies.

This year, due to the pandemic, it became a virtual operation with the theme “A Crucial Year to Rebuild Trust” and discussed current challenges such as Covid-19 vaccination, job creation and climate change.

One of its participants at a video round table was Spanish Prime Minister Pedro Sánchez who spoke about the challenges still facing the world and his plans for Spain where there are still a number of problems to resolve.

He said the high level of youth unemployment in Spain was “unacceptable” a special fund had been created in order to address the problem especially in the field of qualifications, digital skills and finding work for young women.

He said that he understood that the pandemic has highlighted blatant inequalities and that women have become more vulnerable economically adding that his Government had taken steps to help protect families, workers and companies.

Like other countries, furlough options existed for those unable to work in a full-time capacity and financial support was also be given to the self-employed and this alongside the Government’s recovery plan as well as European Union funding would allow for job creation and increased productivity.

Another area of importance is the creation of a much greener community with the aim that by 2030 almost three quarters of Spain’s energy requirements would come from renewable resources.

Thank you for taking the time to read this news article “Pedro Sánchez takes part in Virtual Davos round table”.