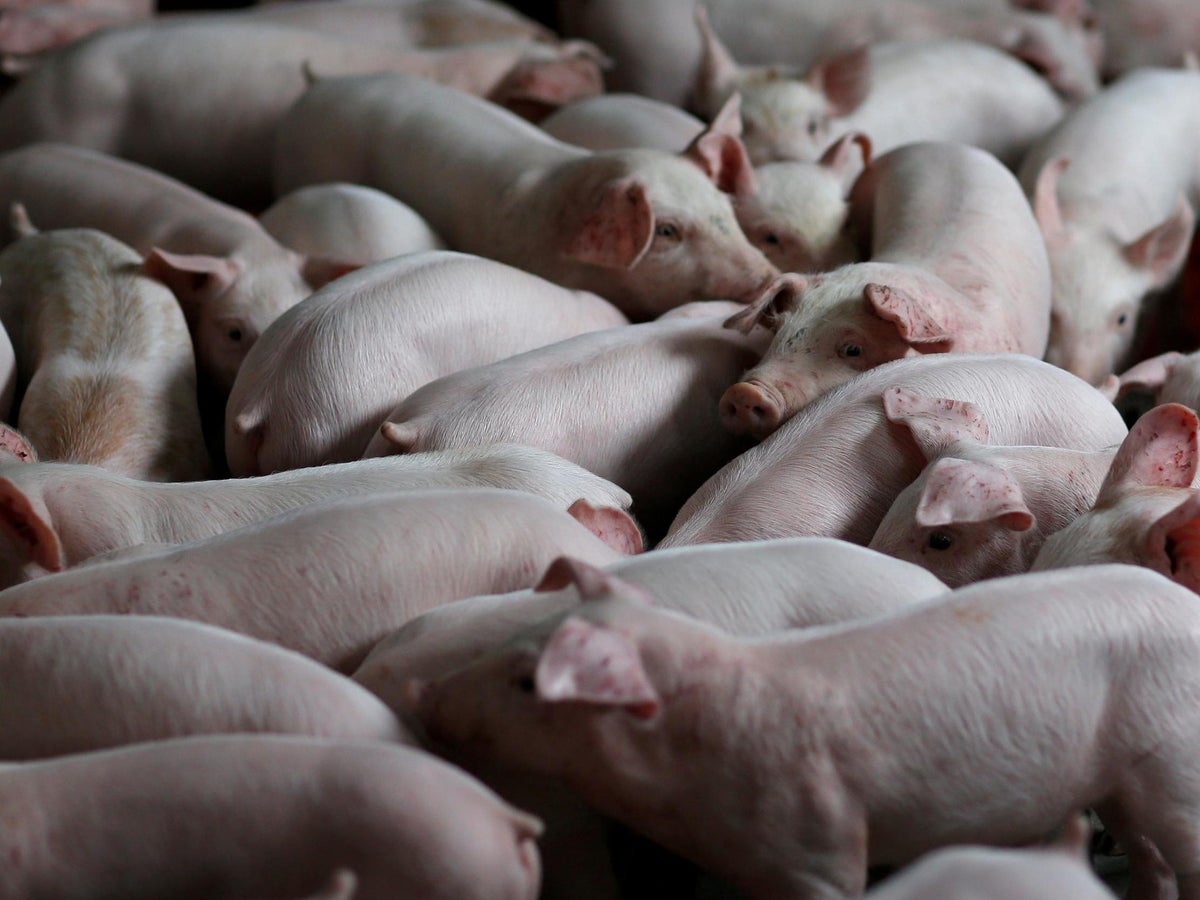 Pigs in blankets under threat this Christmas due to mass cull of pigs. image: Wikipedia

More than 100,000 British pigs are stranded in the UK due to Brexit border paperwork problems. UK farmers are blaming the increased bureaucracy by Brussels for the drop in exports as an influx of cheap European meat hits market prices.

The UK pig industry, NPA, has pleaded with the government for urgent help after Brexit-related border problems, and an influx of cheap European meat has led to more than 100,000 surplus pigs backed up on farms around the country.

The National Pig Association wrote to George Eustice, the environment secretary, last week asking him to convene an urgent meeting with processors and retailers in the face of “higher costs, falling prices and a shrinking market”. “Most pig processors expect to enter a lossmaking situation in the first quarter of 2021,” Richard Lister, chairman of the National Pig Association, said in the letter.

The NPA said pig farmers had been hit by a combination of factors including bureaucratic delays resulting in pork exports dropping to a quarter of normal volumes. “The overall picture is now one of enormous disruption to our export supply chain but of minimal problems and relative ease for EU imports into the UK,” Mr Lister said in his letter.

“This imbalance, combined with other market pressures and Covid-19, is a serious threat to our industry.” This problem has resulted partly from the UK phasing in customs requirements for EU imports over six months, a grace period that the EU has not reciprocated.

Mutimer said: “If we don’t get this trade flow issue sorted out then we’ll lose these markets that have been around all my lifetime. If UK suppliers are not reliable, then German factories will go elsewhere,” he said.

The disruption of trade was causing costly backlogs on his farm, he added, with 2,000 pigs now awaiting slaughter. The costs spiral out of control as all the pigs must be fed with expensive animal feeds.

Uk vets are also struggling with volumes of paperwork for newly required export health certificates, said the NPA. There was confusion last year over whether pork exporters would face a new requirement to test for trichinella, a type of worm — a requirement that has now been brought in.

Border delays led to shortages of UK stores in Spain having very low or no stocks of British meat and dairy products recently, although the matter is being temporarily resolved by buying stocks locally.

Marks & Spencer stores in France ran out of fresh food including sandwiches and salads – with the retailer blaming Brexit.

Three stores in Paris had empty shelves on Tuesday with a number of items missing. It comes as goods travelling between the UK and the EU are subject to new red tape following the end of the Brexit transition period.

Salads were out of stock at the Marks & Spencer store in a shopping centre in the Porte Maillot district of western Paris. A sign said that because of new trade rules “we have not been able to receive our delivery today”. Fresh salads and pasta dishes were also reported to be out of stick at another store on Franklin Roosevelt Avenue near the Champs Elysees.

After the post-Brexit introduction of new paperwork and charges for goods crossing over the border, fashion industry boss Adam Mansell said it was “cheaper for retailers to write off the cost of the goods than dealing with it all”, adding the process includes at least four new charges and documents.