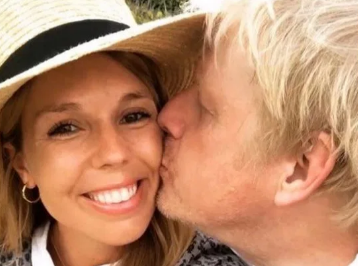 CARRIE SYMONDS, Boris Johnson’s girlfriend, is returning to work for the first time after the birth of the couple’s son, Wilfred.

Carrie Symonds, 32, has been hired as head of communications for Aspinall Foundation, a leading wildlife charity, in a return to work nine months after giving birth to her first child.

The Aspinall Foundation specialises in conservation and protection of endangered species. They fund projects in Congo, Gabon, Java and Madagascar while also supporting sanctuaries in India and Cambodia.

Damian Aspinall, the charity’s chairman, said: “Carrie takes up her new role at an exciting time for the Foundation, and we are delighted to have someone of her calibre on the team.”

Aspinall added: “She’s a passionate champion for wildlife and conservation, whose energy and expertise will be a huge asset to us.”

A known conservationist, Carrie Symonds was named “person of the year,” by People for the Ethical Treatment of Animals (Peta) in 2020.

The mother has previously held positions as a press officer in the Conservative Party and as the party’s head of communications in 2018, but resigned from the position later that year.

After announcing her relationship with Johnson, Symonds moved into 10 Downing Street in July 2019 and the couple announced their engagement in late 2019.

She gave birth to their first child, Wilfred, in April last year, and will now return to work for the Aspinall Foundation.

The Aspinall Foundation was founded in 1984 by zoo owner John Aspinall. The charity has two animal parks in the UK dedicated to protecting endangered animals.

Thank you for taking the time to read this news article “Boris Johnson’s Fiancee Back to Work for First Time Since Birth of Son”. For more UK daily news, Spanish daily news and Global news stories, visit the Euro Weekly News home page.