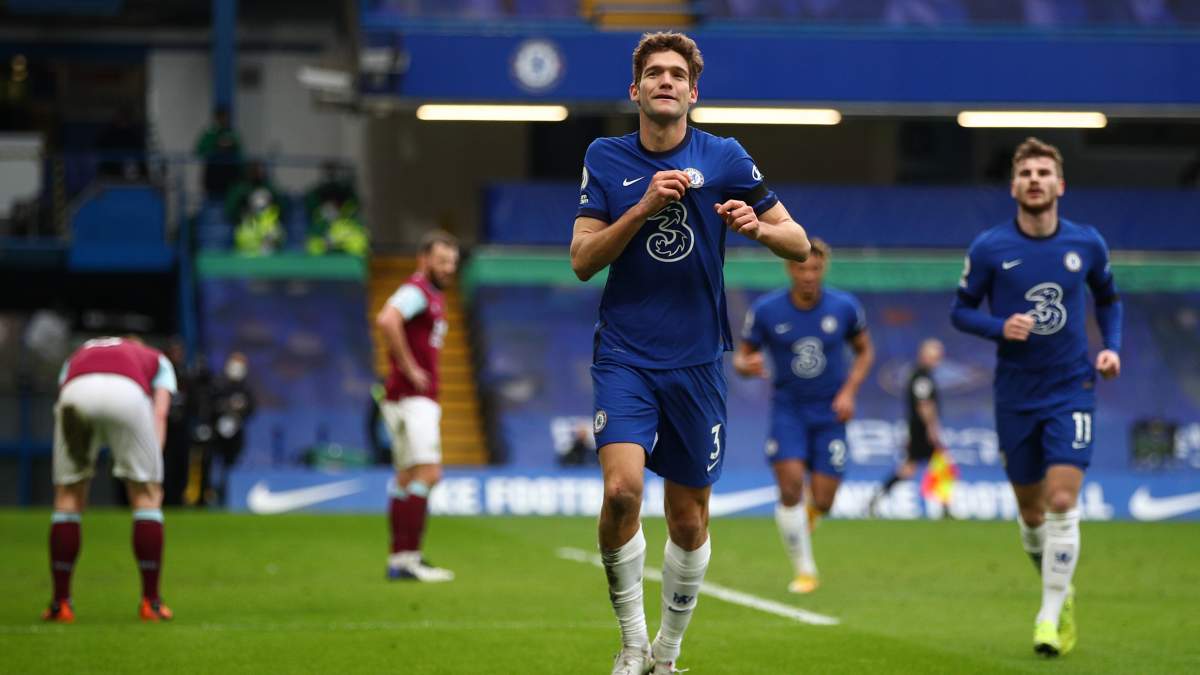 CHELSEA have picked up their first win under new boss Thomas Tuchel with a 2-0 victory over Burnley at Stamford Bridge, thanks to goals from César Azpilicueta and the recalled Marcos Alonso.

Chelsea captain Azpilicueta, who is now playing under his eighth Blues manager, opened the scoring for the Blues 5-minutes before half-time after Callum Hudson-Odoi set up the 31-year-old defender whose shot took a slight deflection off Erik Pieters before flying in past Burnley’s goalkeeper Nick Pope.

Burnley never really got going and only had one chance, which came right at the very end of the game.

Marcos Alonso, who was recalled by Thomas Tuchel after being frozen out by previous manager Frank Lampard, wrapped up the win late on with a superb volley in the 84th minute.

This victory moves Chelsea up to seventh in the table and the face Tottenham next time out. Meanwhile Burnley drop to 16th and they welcome Manchester City to Turf Moor on Wednesday.

Speaking after his first Chelsea victory as manager, Thomas Tuchel said: “It was a very complete display, both offensively and defensively. We only managed to concede one shot, which was absolutely amazing. At the same time, we never lost patience with the ball, controlled the game, created a lot of chances, put the game high up on the pitch with very good counter pressing.

“So there was a lot of good on the pitch out there and for that, I am very happy we got this well-deserved win.

“If we can find a starting XI that can guarantee us winning 20 in a row, we will not change, but it is very unlikely this will happen. So we will need everybody, but I am only some days in.

“We decided very late on the back three and the two sixes will stay because of the impact we expected from Burnley and they did very well. And we did some changes offensively, just to do them to have some different type of players with different characteristics on the pitch.

“And at the same time, to give everyone the chance to show up in competitions. Right now, every player has a right to start for us because I’m very happy with the quality, intensity and devotion in training and the games so far.

“So it is super-hard selections, or maybe at the same time super easy as I give everybody the chance to show up and maybe that is why there were a little bit more surprises than usual.”