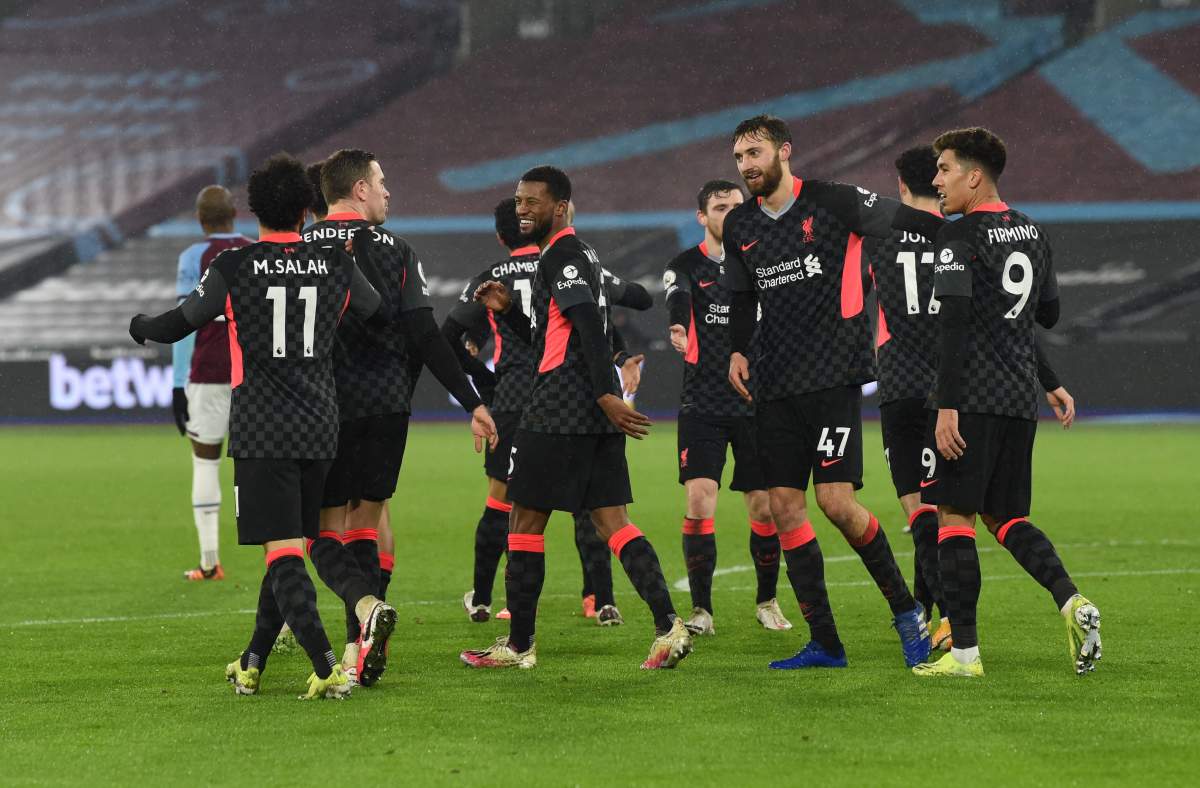 THREE brilliant second-half goals from the Premier League champions help secure a 3-1 victory over West Ham at the London Stadium on January 31 – making it two wins in four days.

Mohamed Salah ended his six-game goal drought in the league, breaking the deadlock in the 57th minute when he curled an effort into the far corner.

Liverpool, who were playing with the makeshift centre-back pairing of midfielder Jordan Henderson and right-back Nathaniel Phillips, were not really troubled by the home side and doubled their lead when Salah scored another spectacularly taken goal at the end of a lightning counter-attack on 68 minutes.

Georginio Wijnaldum made it three in the 84th minute tucking in from close range after neat play from subs Roberto Firmino and Alex Oxlade-Chamberlain before Craig Dawson’s consolation goal which exposed Liverpool’s defensive worries.

The Premier League champions have agreed a £2million fee with Preston North End for 25-year-old defender Ben Davies, who he will now undergo a medical today (February 1), as they look to fill the centre-back position which is now missing Joel Matip, Virgil van Dijk and Joe Gomez to injury.

Speaking after the game, Liverpool boss Jurgen Klopp said: “I’m very satisfied. It was a great game and a very professional, controlled game against a usually flying side. We had to be patient in the first half and we made a little adjustment at half-time offensively and in our positioning and it paid off. All three of our goals were unbelievable and I’m really happy.

“We found the right moment to take Mili off [James Milner] as he had a slight hamstring. He said ‘if you take me off and we score in the next moment, I’m completely fine’, which we did!

“We’ve spoken a lot in the past few weeks and maybe in the last week we’ve just said the right things. Maybe that’s it! This is a really good group and they’re not happy with not being successful. They always stay with the right attitude.”