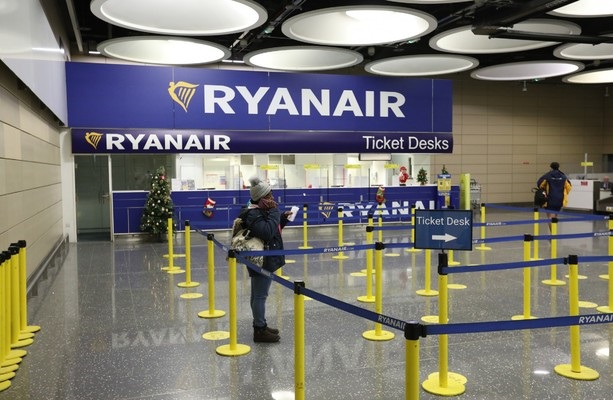 TRAVEL AGENTS in Ireland continue to report problems issuing refunds to customers they have booked with budget carrier Ryanair, saying they have had issues with its “cumbersome mechanisms”.

The Irish Travel Agents Association (ITAA) have now called on Ryanair to be “honest and truthful” with customers, and said the low-cost carrier’s actions were threatening both bricks and mortar, and online, travel agents.

It criticised “ghost flights” operated by Ryanair “since the beginning of the pandemic” which went ahead with little or no passengers on board, meaning customers – who skipped their flights in order to adhere to travel restrictions were – were not entitled to refunds because the flight went ahead.

“Customers are instead being offered the option to reschedule their holiday or receive a voucher from the airline,” said the ITAA, adding that it believes that “under current government advice relating to non-essential travel, these flights should be cancelled and the consumer should be refunded.”

The ITAA says its member travel agents have sent in thousands of claims to Ryanair in order to refund their customers with affected flight bookings, with the airline “withholding refunds to travel agents and customers alike”.

Those affected include a small travel agent in Munster owed €60,000, a travel agent specialising in school tours waiting for refunds of €500,000, and a ‘prominent travel agency’ waiting on refunds for 1,400 customers, according to the ITAA – which said its 100 or so agent members are owed “roughly €20 million” in refund payments from Ryanair altogether.

The ITAA said it has been in discussions with the Commission for Aviation Regulation (CAR) to try and reach a solution and is liaising with the Irish Department of Transport as well as contacting Ryanair directly.

Pat Dawson, chief executive of the ITAA, said: “We want to work with Ryanair in getting customers refunded. But we have to go with Ryanair’s mechanisms, which are cumbersome.

“We ask our customers to be patient with us. We are securing refunds but it is taking time. Currently, Irish travel agents are doing their best to secure refunds for customers as quickly as possible; consumer protection is our top priority. This issue continues to affect street-front travel agents in addition to online travel companies.”