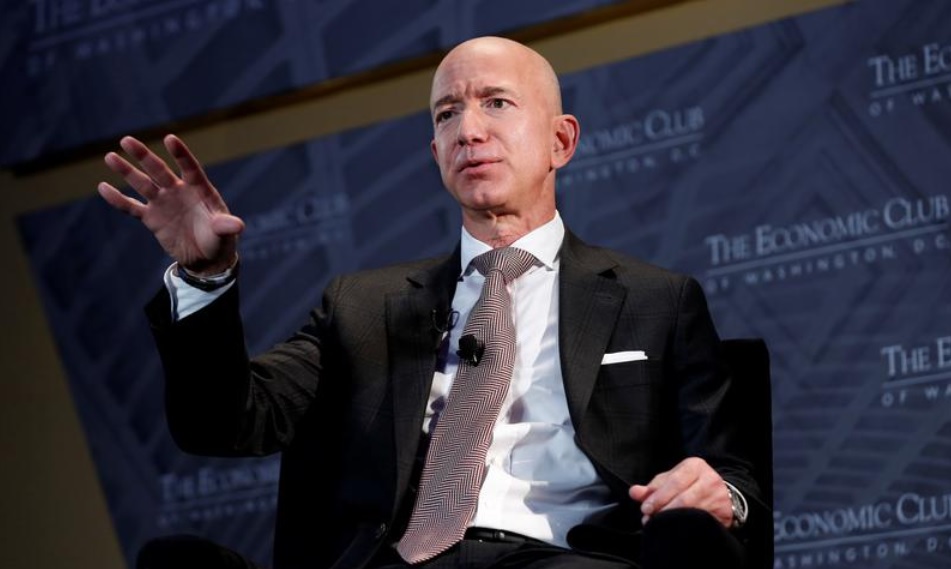 Petition For Jeff Bezos Stay In Space Has More Than 110,000 Signatures. image: Pixabay

Amazon Billionaire Jeff Bezos Is To Step Down As CEO As Quarterly Revenue Tops $100 Billion For First Time.

Amazon.com Inc on Tuesday said founder Jeff Bezos would step down as CEO and become executive chairman, as the company reported its third consecutive record profit and quarterly sales above $100 billion for the first time.

The transition, scheduled to take place in the third quarter of this year, will make current cloud computing chief Andy Jassy Amazon’s next chief executive officer. The group’s net sales rose to an astonishing $125.56 billion as consumers turned to the world’s largest online retailer for holiday shopping, beating analyst estimates of $119.7 billion, according to IBES data from Refinitiv.

Bezos, who started the company 27 years ago as an internet bookseller, said in a note to employees posted on Amazon’s website, “As Exec Chair I will stay engaged in important Amazon initiatives but also have the time and energy I need to focus on the Day 1 Fund, the Bezos Earth Fund, Blue Origin, The Washington Post, and my other passions.”

He added, “I’ve never had more energy, and this isn’t about retiring.”

Since the start of the U.S. coronavirus outbreak, consumers have turned increasingly to Amazon for delivery of home staples and medical supplies. As the worlds bricks-and-mortar shops closed their doors; Amazon, the world’s largest online retailer, instead recruited over 400,000 more workers and posted consecutive record profits.

With its warehouses open, Amazon had another record holiday, beating estimates for online store sales, subscription sales, third-party service sales such as warehousing and other sales to merchants on its platform.

Amazon Web Services (AWS), traditionally a bright spot, fell slightly short of expectations. While the cloud computing division announced deals in the quarter with ViacomCBS, the BMW Group and others, it posted revenue of $12.7 billion, just short of the $12.8 billion analysts had estimated.

Amazon also today announced the launch in the Spanish capital of Madrid its fast delivery service for fresh products from it’s Amazon Fresh supermarket. At the moment, it is available only to Prime customers and joins the Dia store, launched at the beginning of the year. The objective of the American company is to offer a large online supermarket to consumers so that they can make purchases through its website.