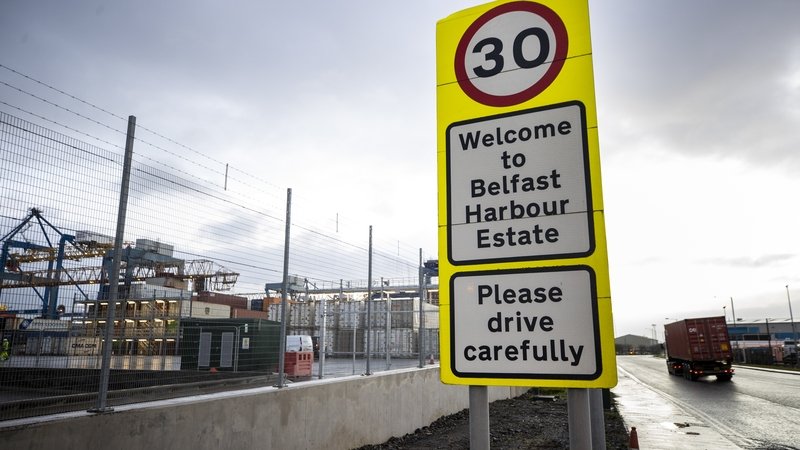 A live video conference is at present taking place between the UK government and the European Commission, with the First and Deputy First Ministers of Northern Ireland also in attendance. The meeting comes following British Prime Minister Boris Johnson’s declaration that the UK would invoke Article 16, officially suspending aspects of the Northern Ireland Protocol which would then ensure there was no trade barrier down the Irish Sea.

Today’s meeting is a result of the fallout from last Friday last week when the European Commission made a ‘hostile’ attempt to trigger Article 16 of the protocol due to new export restrictions on Covid-19 vaccines.

Even though the commission quickly reversed course, the row has escalated into broader tensions over the problems that the protocol, which came into force on 1 January, was causing in Northern Ireland.

Ahead of the meeting with his EU counterpart Maros Sefcovic, as well as Arlene Foster and Michelle O’Neill, the UK cabinet office minister Michael Gove set out a list of six demands in a letter to Mr Sefcovic.

These include extending the grace periods which have allowed exemptions for controls and formalities on food products going to supermarkets in Northern Ireland, as well as sweeping facilitations for traders, parcel deliveries, organic food and plant imports – and a common travel area for pets between Britain and the island of Ireland.

The letter suggests these proposals should be agreed upon this week, if not, then the UK could take unilateral measures, one of those most likely would be the triggering of Article 16 of the protocol.

Earlier, Mr Johnson told the House of Commons that his government was prepared “if necessary” to invoke Article 16 to force a rethink of trade within the UK. He was answering questions from the DUP’s Ian Paisley, who asked what he was going to do when he realises the EU will do nothing to help Northern Ireland.

Mr Johnson said he “utterly shares the frustration” of how the EU Commission seemed to use the protocol in such a way as to “impose a border contrary to the spirit of the Good Friday Agreement. We will do everything we need to do to, whether legislatively or indeed by invoking Article 16 of the protocol, to ensure that there is no barrier down the Irish Sea” and businesses can continue to trade “unfettered between Northern Ireland and the rest of this country.” he said.

The results of the meeting will be published as and when available. Please check back for updates to this story.