Independence Could End Up Costing Scotland’s Economy £11bn A Year 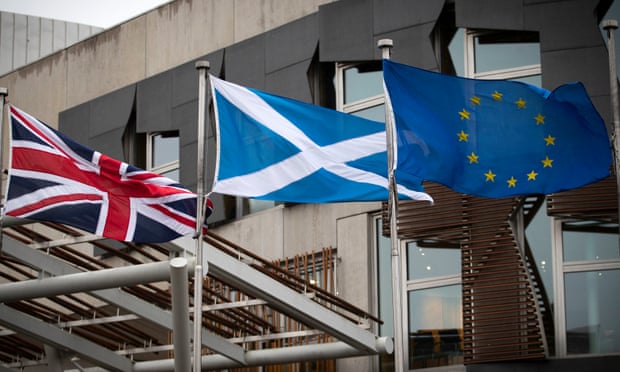 Economists say the impact of Scotland leaving the UK’s common market would hit two to three times harder than leaving the EU. Scotland’s economy would shrink by at least £11bn a year if it became independent, more than doubling the damaging impacts of Brexit, a team of economists has forecast.

The London School of Economics compiled the report, a tandem study by the City University of Hong Kong found that quitting the UK’s common market would hit the Scottish economy two to three times as hard as leaving the EU, and that was just counting the impact on trade alone.

Suggesting that the worst economic effects would take several decades to take hold, the LSE’s Centre for Economic Performance said the impacts on its trade with both the UK and the EU would shrink Scotland’s economy in the long run by between 6.3% and 8.7%.

The Scottish government, which is currently wrestling with the near-collapse of Scottish seafood exports to the EU because of post-Brexit customs controls, currently spends around £14bn on the NHS each year.

The authors stressed their analysis only covered the impacts of increasing trading costs, and excluded other economic or fiscal issues post-independence, such as cuts or increases in inward investment, changes in immigration, currency changes or tax changes.

The UK is Scotland’s largest and most important trading partner, the report said, accounting for 61% of its exports and 67% of its imports – around four times greater than its trade with the EU. Independence would increase trading costs with the rest of the UK by 15% to 30%.

The report, Disunited Kingdom? Brexit, Trade and Scottish independence, concludes: “Changes in Scottish trade patterns following independence are likely to occur gradually, over a generation or more. Consequently, in the initial decades after independence, the rest of the UK will remain Scotland’s biggest trade partner.”

Hanwei Huang, one of the report’s authors, said: “This analysis shows that, at least from a trade perspective, independence would leave Scotland considerably poorer than staying in the United Kingdom.

“While many considerations will play a role in shaping the outcome of a second referendum, voters need to know what the likely costs and benefits of each course will be. This briefing contributes to that knowledge.”

Fiona Hyslop, the Scottish government’s economy secretary, said the country would benefit enormously once independence had time to bed in and its government had full control of its economy. The similar-sized economy of Denmark was 20% larger per capita than the UK’s, and Norway’s 40%.

She said EU membership had helped transform the Irish economy (Ireland joined the then European Communities in 1973, the same year as the UK, 50 years after independence), and the EU market was seven times that of the UK.

“In the real world, through membership of the EU, independent Ireland has dramatically reduced its trade dependence on the UK, diversifying into Europe and in the process, its national income per capita has overtaken the UK’s. With our economic resources and advantages, control of economic policy and membership of the EU Scotland would be very well placed to grow the economy,” she said.