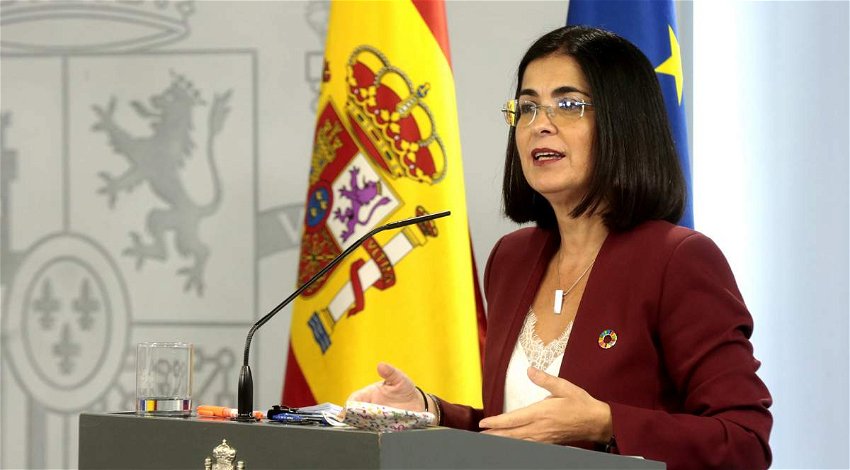 THE Minister of Health, Carolina Darias, has opened the door for Spain to use the Russian vaccine against COVID-19, known as ‘Sputnik V’, which reported yesterday (February 2) almost 92 per cent efficacy, on the condition that it be approved by the European Medicines Agency. The option is being considered due to distribution problems and non-compliance with the contracts of some pharmaceutical companies.

“We are going to enthusiastically receive any vaccine that has the authorisation of the EMA, that is the only margin,” said Darias during her first speech in the Congress of Deputies as Minister of Health, after being questioned by the deputy of EH Bildu Iñaki Ruiz de Pinedo on the possibility of using ‘Sputnik V’ in Spain given the lack of vaccines.

Ruiz de Pinedo said to the minister: “This blackmail is not acceptable.” Speaking about “speculative business at the expense of public health” that, in his opinion, is being carried out by some pharmaceutical companies, including AstraZeneca. “We are surprised by the harshness of the European Commission in ordering cuts and how flexible it has been to the blackmail of this pharmaceutical company,” he denounced.

However, Darias defended the European Commission’s advance purchase strategy as “an unprecedented milestone”, and has once again shown all her “support” to the Commissioner for Health and Food Safety, Stella Kyriakides, “in the demand to companies to comply with what was signed. “

Despite the shortage of vaccines and the low percentage of vaccinated, the minister has indicated that “the strategy is working and is advancing” and that “vaccination is our horizon of hope.”

She continued: “We are awaiting AstraZeneca, which I suppose we will soon know the initial doses. We hope that from March there will be a significant increase that will put us in another scenario to meet our objectives,” she said.

The minister also confirmed today (February 3) that there are already more than 400,000 people who have received the two doses, that 1.6 million doses have already been supplied and that 2.3 million doses will arrive this month.