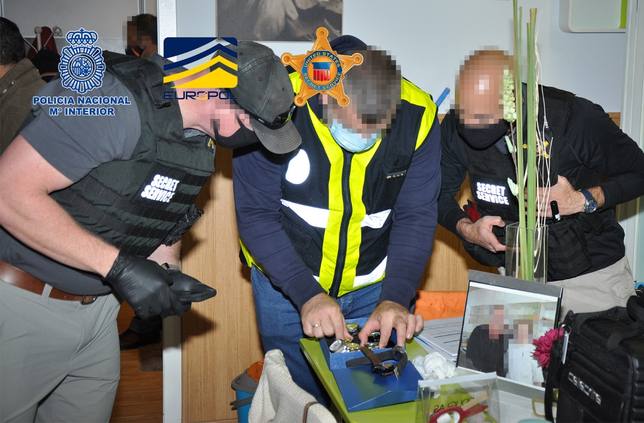 Spain’s National Police have worked side-by-side with the United States Secret Service in the largest ever international investigation to date against bank card fraud.

The operation resulted in the arrest of 105 people in Spain, UK, Austria and Greece .

Fourteen people have been charged with being part of a criminal organisation, fraud, money laundering, falsification of documents and illegal possession of weapons.

A total of 88 were simultaneously raided across four countries as part of the investigation.

According to police sources, the dismantled network is likely to have defrauded more than €12 million through the creation of shell companies in the US.

After endowing the ‘firms with a false financial solvency, the organisation allegedly applied for debit cards offering the maximum amount.

Once in Spain, the American cards were used for high-end purchases through the pre-authorisation system, taking advantage of the difference in acceptance of payment between American and Spanish banks.

Through this procedure, they were able to make purchases and later empty the cash accounts before the banks could cancel the operations.

The complex investigation, led by the National Police in close collaboration with the US Secret Service, began 18 months ago, and has been developed in coordination with EUROPOL and the police of Greece, Austria, Denmark, UK, Germany, Poland, Ukraine, in addition to the judicial and prosecutorial authorities of the Spanish National High Court, and five US prosecutors.

“The arrests show the importance of collaboration between good partners,” said Conrad Tribble, Charge d’Affaires at the US Embassy in Madrid. “On behalf of the United States Secret Service, I would like to thank our international partners, in particular the Spanish National Police, for their great dedication and professionalism in this case.”