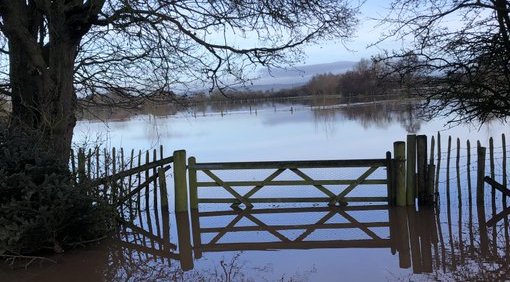 Five families in Nottingham were forced to flee their homes as a landslide brought on by torrential rain collapsed a 70ft dividing wall, sending piles of lethal rubble cascading onto their properties in the early hours of Wednesday morning, February 3.

Nottingham has experienced 25mm of rain in recent days and the excess moisture caused pipes in the houses in the Sneinton area to overflow, something which experts believe may have contributed to the landslide, but structural engineers are still examining the site to determine the exact cause of the disaster, which miraculously didn’t result in any injuries.

Mr Oakley, who on Spalding Road, directly across from the collapsed wall, described hearing a “huge bang” in the middle of the night.

“We heard a huge bang and the house moved. We thought what was that?! Kids were out here on the street. They were scared and frightened,” he told MailOnline.

‘We took a couple of families in to help while they were evacuated. The wall that fell was built 15 years ago after it was replaced. It’s the most shocking thing to have happened here.’

The UK has been experiencing more extreme weather over the past couple of days, as a Polar ice blast brought a band of rain, sleet and snow in from the Atlantic.

The storms over the last few weeks have caused Nottingham’s River Trent to burst its banks on several occasions, leaving the ground saturated with water even before this latest downpour.

Nottinghamshire Police Inspector Charlotte Allardice said: “Emergency services were called from distressed residents following a report of a landslide in Spalding Road and Windmill Lane at around 1am on Wednesday.

“They needed assistance with somewhere to stay overnight. They returned to their homes at around 6am having spent time with their neighbours. Roads close to the incident had to be closed until the area was deemed to be safe.

“The force is working closely with the local council and we are using our established contingency and emergency plans to respond to the situation. There have been no reported injuries.”