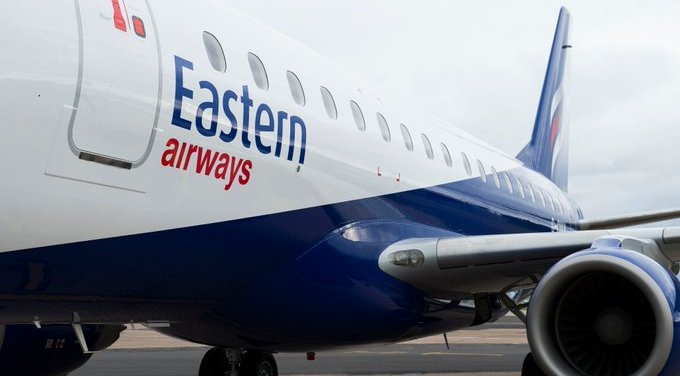 EASTERN AIRWAYS UK, will from May 24 introduce new flights to Gibraltar from Birmingham and Southampton airports.

The UK based airline will make its inaugural flight from Southampton on May 24 with the first Birmingham flight departing May 28 with both flights operating twice a week on Mondays and Fridays.

This will be the first scheduled passenger service to Gibraltar from Southampton whilst Birmingham is restored after a four-year hiatus following the demise of Monarch.

The services will be operated on the airline’s Embraer 190 e-Jet fleet with fares starting from £74.99 one-way, including taxes and a hold-bag as standard and flights are now available to book at www.easternairways.com

Roger Hage, GM for Eastern Airways, said: “This marks a major development in the network Eastern Airways offers as our first regular scheduled service to the Mediterranean peninsula adjoining Spain.

“The new services see both our return to Birmingham Airport as an operator while extending the growing number of destinations served from our Southampton hub.”

Minister for Business, Tourism, Transport and the Port Vijay Daryanani said, “I stated recently that I would be able to announce the addition of another airline with services to Gibraltar and therefore it gives me great pleasure to make this announcement of Eastern Airways today.

“The links with both Birmingham and Southampton will open up new catchment areas for Gibraltar.

“Work by this Government to ensure that the tourism sector recovers and flourishes after this pandemic does not stop.

“This Government is delivering air services to Gibraltar in an unprecedented manner and is committed to adding further routes and more carriers in due course.”

The independent UK-based carrier was formed in 1997 and already serves several UK hubs with Birmingham, Dublin, Nantes, Rennes and now Gibraltar added so far this year.

Thank you for taking the time to read this news article “Gibraltar to receive flights from two new destinations at the end of May”.