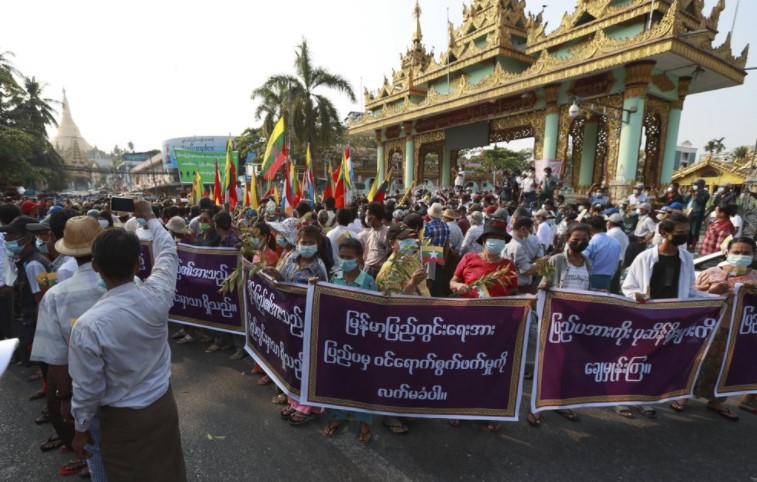 The junta in Myanmar has blocked all access to Facebook and several other social media services in order to restore control after several days of a country-wide civil disobedience campaign against the military coup and detention of elected leader Aung San Suu Kyi on Monday, February 1. Self-elected head of cabinet, former army chief Min Aung Hlaing, has filled the new government with his cronies and insisted that the move was “inevitable.”

Images and videos of the protests have been widely shared on social media, and the new leader hopes that shutting down the systems will enable him to restore some control.

The Ministry of Communications and Information said Facebook, reported to be used by more than half of Myanmar’s citizens, would be blocked until February 7th.

“Currently the people who are troubling the country’s stability . . . are spreading fake news and misinformation and causing misunderstanding among people by using Facebook,” the ministry said in a letter.

In recent days, international pressure has continued to grow on the junta to accept the results of the November election, which saw a landslide victory for the National League for Democracy (NLD) and which the now-ruling military continues to insist were rigged.

“We will do everything we can to mobilize all the key actors and international community to put enough pressure on Myanmar to make sure that this coup fails,” United Nations Secretary-General Antonio Guterres said during an interview broadcast by The Washington Post on Wednesday, February 3. “It is absolutely unacceptable after elections – elections that I believe took place normally – and after a large period of transition.”