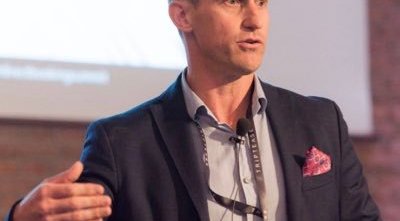 PM’s hotel quarantine plans blasted by a hotel boss who claims his company has yet to be given any details on how the government policy will work.

ROB PATERSON, the UK Chief Executive of Best Western Hotels told the BBC his firm has been “kept in the dark” by ministers and hit out at the government for announcing proposals without a detailed blueprint.

The industry boss revealed “we haven’t heard anything,” and suggested he wouldn’t have a job if he conducted business in the same way.

The government has been incredibly tight-lipped on the controversial initiative, with the Health Secretary Matt Hancock himself refusing to reveal any sort of timetable.

Boris Johnson implied yesterday (Wednesday, February 3) that the Health Secretary would outline details today, but Downing Street later said this was a ‘misunderstanding’.

And while Boris Johnson did say at a press conference yesterday that “shutting ourselves off completely” isn’t an option, he nevertheless insisted that those travelling from countries on the ‘red list’ would be subject to restrictions.

The plans will see travellers returning to the UK from those where coronavirus variants have been discovered or where case numbers have rocketed, forced to pay to self-isolate in a government-approved hotel for 10 days.

The government hopes the hotel quarantine plans will help protect against importing Covid-19 variants which could pose a threat to Britain’s vaccination drive.

But the roll-out has been chaotic with the government still unable to say when the hotels will be up and running.

Paterson told BBC Radio 4’s Today programme he has not had any sort of briefing from ministers about what they want from the hotel industry.

“We got the understanding that quarantine hotels was something that was going to be considered in the UK quite some time ago now and we are yet to understand exactly what the protocols are required of the hotels.

“We have set out a set of protocols, we have shared that information or suggested protocols, and we have offered our support and we are yet to hear anything.

He added: “To this day it seems logical to me that you would sit down with the airlines, the airport operators and the hotel operators and thrash this out on a Zoom call or whatever it might be.

“To this day we simply haven’t heard anything despite multiple offers.”

Ministers are expected to meet today to discuss whether the existing ‘red list’, which is currently made up of 33 countries, needs to be expanded.