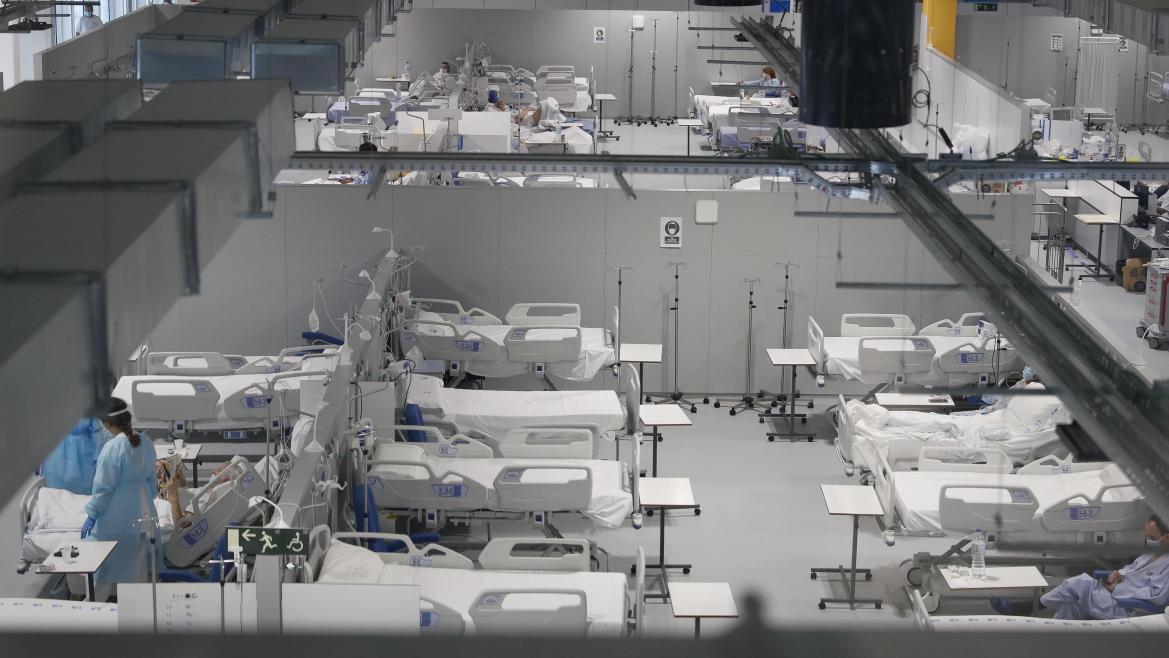 THE Health Department has reported an alleged case of sabotage at the Isabel Zendal Hospital in Madrid.

The Hospital reported this week that incidents which seem to have been caused intentionally have been occurring for several days and the case is now in the hands of the National Police.

The maintenance and security companies at the hospital said that something abnormal was going on, that the situations were not a coincidence and that they were being carried out intentionally, the hospital directors reported.

The alleged incidents range from electrical equipment being disconnected to parts for medical devices being stolen.

The situation could have altered the daily routine of patients and staff, and, according to hospital directors, put patients in danger.

The situation has reportedly been ongoing since January 25 this year and it seems that the motive was not financial, but instead intended to make it more difficult for doctors and nurses to do their job.

According to a report in OK Diario, police believe that the aim was to sabotage the hospital by making it impossible for it to function in the correct manner. They will be focusing their investigation on the people who had access to the areas where the equipment was kept.

Some of the equipment is worth a lot of money, but would be hard to sell as the items are tracked. Some items which went missing at the end of January have since turned up elsewhere, including a laptop computer.

According to national Spanish daily ABC, stealing is not the only problem which has been reported. There have also been cases of equipment being unplugged, used uniforms thrown on the floor, alarms being activated in the early hours of the morning, taps being covered to stop the water supply and items included sanitary towels, gloves and gowns being stuffed down the toilet to block the pipes.

No suspects have been named, but the hospital direction has said that the staff must be involved as no-one else can access certain areas.

They have also said that what is being done by an individual or individuals does not represent all the staff at the hospital, the majority of whom are doing an amazing job.

Surveillance and security have been increased in the hospital to prevent further situations.

Meanwhile, the spokesperson for Unidas Podemos in Madrid, Isa Serra, questioned the veracity of the incidents which were reported. She claimed that “the sabotage is being carried out by the Partido Popular government and it’s their campaign” and added “there is no sabotage, it is a campaign invented in order to discredit healthcare personnel.”

The Hospital de Emergencias Enfermera Isabel Zendal is a public hospital constructed during the COVID-19 pandemic in the Hortaleza district of Madrid, which opened in December 2020 after a construction period of only 100 days.

It became city’s main recipient of patients infected by the virus by January 2021.

Building was completed on schedule but the original budget had to be doubled to €100 million. While the government justified this saying that advanced technology was used in the hospital, the opposition claimed it was wasteful spending. It has been criticised by unions for an alleged lack of qualified personnel. The opening ceremony was accompanied by protests.

Thank you for taking the time to read this news article “Sabotage allegations at Madrid hospital now in the hands of the police”. For more UK daily news, Spanish daily news and Global news stories, visit the Euro Weekly News home page.