Will Spanish singer Rosalia be this year’s Super Bowl surprise? 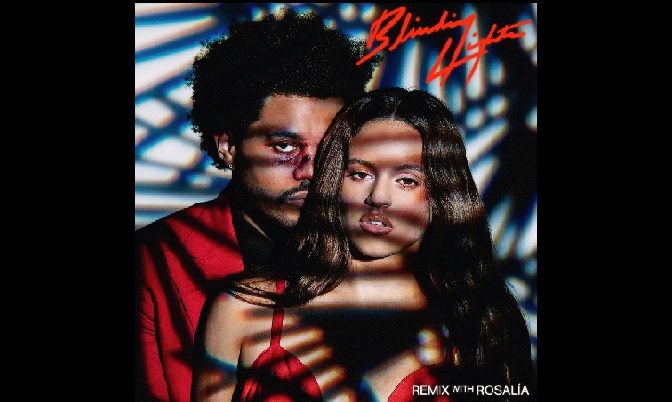 Rosalia has joined The Weeknd for a remix of Blinding Lights

SPANISH singer Rosalia was rumoured to have been chosen to perform with The Weeknd during the half time of the NFL Super Bowl on February 7.

While many sources have confirmed the rumour, others have admitted it is just that, and popular Spanish sports publication Marca, has reported that sources close to the artist have denied it.

In any case, there was no mention of it on her official Twitter account nor had it been confirmed by the organisers of the event, but it may just be that it’s one of the traditional Super Bowl surprises.

It was first suggested in publication Semana, and repeated by many of her fan clubs.

If it were true, Rosalia, from Barcelona, would be the first female Spanish singer to perform at the most important event of the sporting year in the US, and only the second Spaniard after Enrique Iglesias, who sang at the Super Bowl half time 21 years ago.

The game will be between the Tampa Bay Buccaneers and the Kansas City Chiefs. The national anthem will be sung by Eric Church and Jazmine Sullivan, and America the Beautifil by H.E.R.

Miley Cyrus will offer a special concert via TikTok.

The confirmed performance for the half time of the game, which can be seen on the eve of February 7 into February 8 in Spain, is The Weeknd, most probably with his popular Blinding Lights. He will be fulfilling his lifelong dream, and has invested €5.7 million in the performance, according to his manager. It will last 15 minutes and there will be 22,000 socially-distanced spectators at the Raymond James stadium, which has capacity for 75,000, who will see him live.

Rosalia is extremely popular in the US and her voice was used in the remix of Blinding Lights two months ago. This is how the rumour started that she would be part of the music industry’s most viewed and commented show.

Bookies are taking bets on it, and other names which have been rumoured are Daft Punk, Drake, Kendrick Lamar or Justin Bieber, although Rosalia is the favourite.

As always, the final performance will be a surprise, so we’ll just have to wait and see.