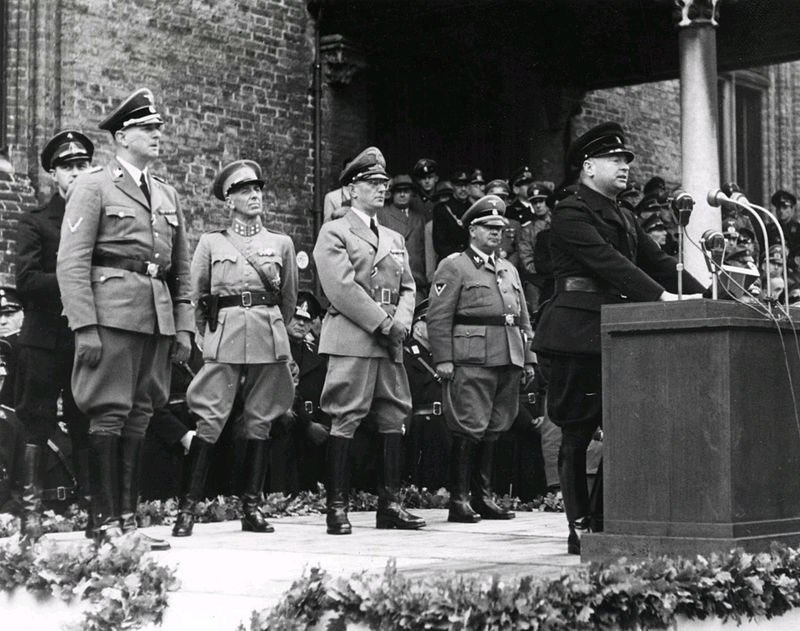 VETERANS of the Second World War who fought with Hitler’s German army are still receiving their war pensions across Europe, a recent Dutch case has highlighted.

In 2014 it was revealed in Germany that an unrevealed number of Second World War veterans who fought under the Nazis continue to receive compensation pensions across Europe.

The Netherlands demanded a list of all Dutch recipients of the payments, as the country continues to have a troubled relationship with its wartime collaboration history. Recently, Germany sent Dutch authorities a full list of the wartime pension recipients after years of requests to Berlin from the Hague.

As there were a sizable number of Dutch fighters in Hitler’s infamous Waffen SS division, it is possible that some of those still receiving money from Germany may have served as prison guards at concentration camps such as Auschwitz. The Netherlands has yet to reveal how many recipients are still alive in the country.

The pensions are an unusual legacy of Karl Donitz, who briefly served as Hitler’s successor as leader of the Third Reich. As the war drew to an end in 1945, Donitz decreed that all those who had become afflicted by physical or mental issues while serving under Nazi Germany would receive compensation for life.

In 1998, Germany passed a law whereby the payment could be cancelled to those who were culpable in war crimes. However, it is reportedly very difficult to prove these offenses and only a small portion of recipients have been stripped of their payments on war crimes grounds. The payment can reportedly be up to 1300 euro per month.